Ray tracing will be required by AAA games in 2023

Ray tracing will be required by AAA games in 2023

Thanks to Nvidia's RTX series of graphics cards, PC gaming has entered the era of hybrid ray tracing. From here on, gamers across all platforms will start to hear more about hybrid ray tracing. Both Sony and Microsoft have confirmed that both of their next-generation consoles will support some form of hardware-accelerated ray tracing.

Nvidia's Morgan McGuire has predicted that the first AAA games to require raytracing will release in 2023. This suggests that all major gaming platforms will support ray tracing by this date. Furthermore, by around 2035, full-on Path Traced gaming is expected to become a reality in AAA titles.

Today, gaming is entering into an era of raytracing coexistence; where some graphical techniques can now be enhanced or replaced by accurate raytraced versions. Shaded fallback options will be available, enabling ray tracing to be turned off when played on hardware that lacks support for it. In 2023, ray tracing is due to become a more dominant aspect of game engines, so much so that ray tracing acceleration hardware will be required. This means that gamers will require graphics hardware with bespoke raytracing support, bringing us into the hybrid era for both raytracing and rasterisation. This era is due to last for a decade. 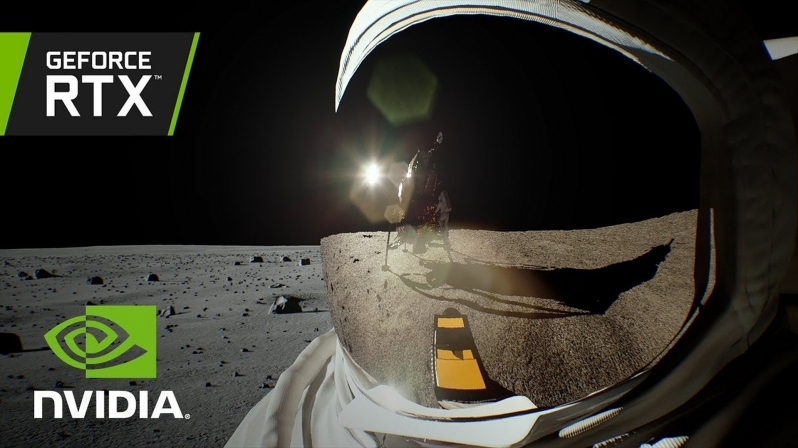 Nvidia believes that raytracing is the future of gaming, and given AMD's plan to support raytracing in their future graphics cards, we are inclined to believe them. The question now is, how soon will it take for raytracing to move from relative obscurity to a requirement for AAA gaming. Nvidia seems to think that it will take five years.

You can join the discussion on ray tracing becoming a requirement for AAA games in 2023 on the OC3D Forums.

tgrech
Yeah I think that's reasonable, it'll be a supported feature in most new hardware, including mainstream devices, from 2020, and almost certainly in most of the AAA games coming out "Holidays 2020". Meanwhile there's lots of optimisations you can do to help bring RT performance a little closer to traditional shading performance if you can abandon having supporting rendering certain elements traditionally ever(EG By switching to voxel modelling for all static geometry).

Hardware vendors will want to improve performance in the games coming out 2020 moving forward when in their "full" settings which almost certainly means the silicon allocation will shift towards RT over time as there's much more to be gained in that sphere(IE With a little maturity it'll be cheaper performance and development time wise to make fancy graphics gains by using the RT hardware than throwing exponentially more traditional shader grunt at ever more complex "tricks"), then the following games will want to make better use of the latest hardware by leaning more on all that RT allocation, and this repeats until traditional shader support is a mostly legacy consideration. It's a slow force feedback loop by nature but a pretty unstoppable one, it's essentially exactly the same path as during the switch from 2D hardware accelerators to 3D, which you could argue is the last time the graphics pipeline had a shift this large.Quote

NeverBackDown
I'm not sure. Not all AAA games need RT. For example does Total War or really any strategy game need it? I don't think so. I think the big name titles probably will but I don't think it's going to be a necessity for most games unless the hardware advances so much that RT has as much of an impact as TXAA or something like that.Quote

Bartacus
Not sure about "requirement" but I can see a lot of devs using ray tracing "optionally" by that time.Quote

tgrech
Quote:
Big somewhat sparse open terrains are great for efficient RT if designed for it tbf, and would allow for relatively cheap realistic water, clouds & shadows with even basic RT use, and if that hardware is already available(In say the consoles for strat games on there) then leaning on that frees up more traditional shader power for other things too.

Like I think it will become an effective use of silicon thing with fixed hardware devices, at least after a few years of the consoles being around. Though only for those AAA console-port-ish games at that time.Quote

Kourgath223
Quote:
This! I think 2023 is wishful thinking for when Ray tracing will be a requirement.

Since they use the term "requirement", which to me implies they think to even so much as run a AAA game after 2023 your card will need to support Ray tracing, rather then something like "it'll be a regular optional feature" I have to ask:
Do we really expect AMD, Nvidia, and Intel to have lower end hardware that has at least passable support for Ray tracing?

Personally I think the answer to that is no considering Nvidia's current mid range offerings struggle with Ray tracing and that is with it only being used for lighting and/or shadows and only using a few rays, where more would presumably create a more realistic picture (though presumably you eventually hit a point of diminishing returns).Quote
Reply