It has been revealed that Quake Champions will support the Vulkan API, with the game being designed on an unknown proprietary engine. This engine is not the id Tech 6 engine used in DOOM 2016, with Bethesda stating that this game is designed to be played at 120+ FPS.
At GDC 2017 Bethesda made an agreement with AMD which would optimise their future games for both AMD CPUs and GPUs, which is an important development given how different Ryzen and Vega are from AMD's previous CPU/GPU designs. 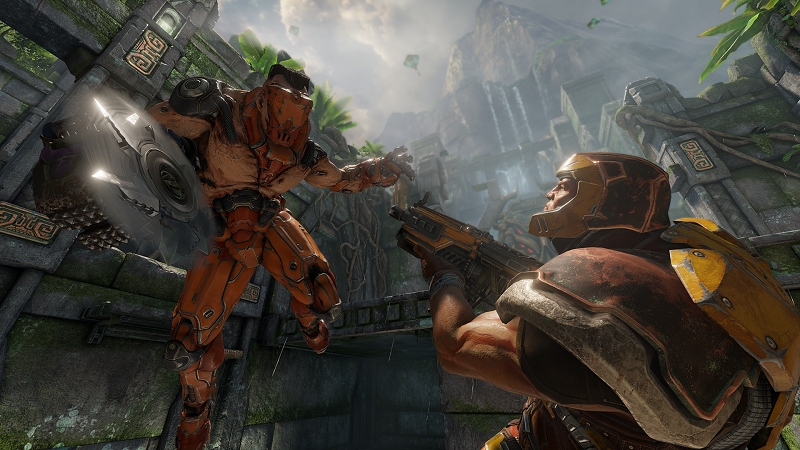 Quake Champions will be a free-to-play title with a paid-for option that will allow players to own all characters outright, allowing all PC gamers to play the game with all maps and game modes for free.

This business model is designed to maximise Quake Champions' playerbase, making the game accessible to all PC gamers, while still allowing players to access all character content with a single payment. Free-to-play players will be able to access additional characters using in-game currency, though this will only give players access to these characters for a limited period of time.

Right now Bethesda has not issued a firm release date for Quake Champions, though the game's closed beta is expected to start on April 6th.

You can join the discussion on Quake Champions using the Vulkan API on the OC3D Forums.