The first two months of 2018 haven't been good for PUBG, with the game's developers focusing on tackling the game's cheating problem, diverting time away from the game's post-launch content rollout.

Now that PUBG's anti-cheating system has been implemented, the team's focus can now be brought back to the game's future content plans, which include a new map, updated animations, upgrades to the games aesthetics and continuous optimisation, hoping to create a smoother and more varied gaming experience.

Next month a new 4x4 km island map will be released for PUBG, though at this time it is unclear whether or not the map will feature a lower player count than the game's existing 8x8 km map. A smaller map with a lower player count could do wonders for casual players, especially if the average game time is shorter. A larger 8x8 km map is also in the works.

Alongside this new map, PUBG Corp plans to bring new game modes to PlayerUnknown's battlegrounds, though at this time the developer has not revealed any details about these new modes.  New vehicles will also be coming to the game in the first half of 2018, which again adds more variety to the game. 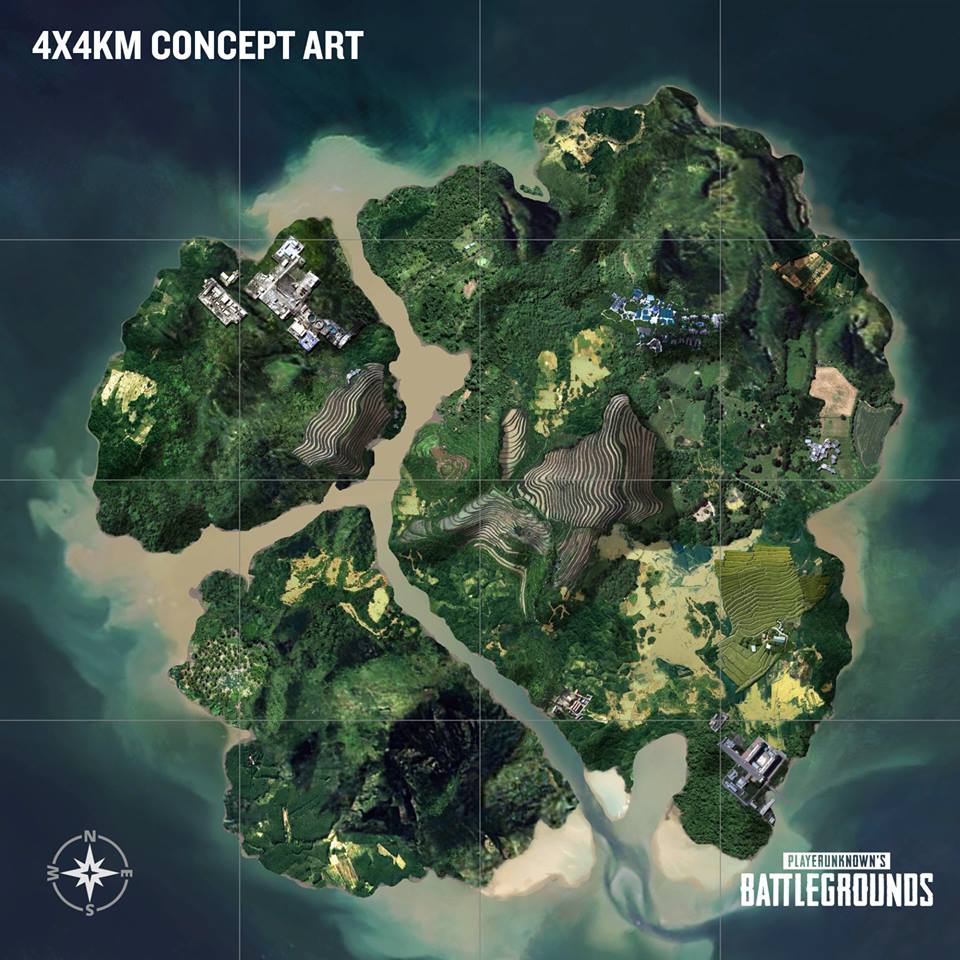 Throughout the year PUBG will also receive some visual upgrades, many of which will come in the form of reworked assets, improving the way that the game is rendered.

Below is an example of a small building that has recently been reworked, offering a very different aesthetic than before. Hopefully, these reworked assets won't make the game any more demanding to run.

A new Emote system is also coming to PUBG, allowing players to express more emotion, celebrate kills to taunt your enemies. Animations across the entire game are also being reworked to enable smoother character motion which reacts better to the environment. This effort will also improve the game's watchability in its 3D replay mode, which will be a huge factor if PUBG wants to become a major eSport.

During 2018 PUBG is set to continue to transform with the addition of new content while also optimising the game to provide the best serverside and clientside performance that they can. Let's hope that these changes don't end up making PUBG more demanding.

You can join the discussion on PUBG's 2018 roadmap on the OC3D Forums.

Peace Đ
Well... Now that they've implemented their anti-cheat systems, players are randomly getting banned even without doing anything xD

the new asset looks promissing, although I think I've never seen the old one on Erangel

A smaller map with hopefully a lower player count (which could be 25, considering the map is 1/4 of the size of both bigger maps) would be nice for shorter matches. Maybe they will also restrict the modes to just solo and duo then, as well. I actually don't like playing 4-player Squad... Don't know why, but it always just seems as everyone is talking and you can't really concentrate on sound etc... Is guess I'm the only one who likes duo and 3-player squad the most?^^Quote

looz
So they're still trying to make PUBG an esport.