PUBG Corp files a lawsuit against Epic Games over Fortnite

PUBG Corp files a lawsuit against Epic Games over Fortnite

According to a report from the Korea Times, PUBG Corp, a subsidiary of Bluehole, has filed a lawsuit against Epic Games Korea which brings forward allegations that the company copied elements from PlayerUnknown's Battlegrounds (PUBG) to create Fortnite's Battle Royale mode.

Today Fortnite and PlayerUnknown's Battlegrounds are the world's most popular "Battle Royale" games, a new genre which was popularised by PUBG upon its release on Steam Early Access last year.

The Korea Times has stated that PUBG Corp filed their lawsuit in January, alleging that Epic Games has plagiarised several elements of PUBG, including the game's core mechanics, items and user interface.

Fortnite initially released in July 2017 with a mode called "save the world", though the game didn't become a mainstream success until the release of the title's free-to-play "Battle Royale" mode in September. Bluehole's PUBG is created using Epic Games' Unreal Engine 4, which means that PUBG's developers already pay Epic Games a lot of royalty fees to use their engine, adding some extra salt into their perceived wound. 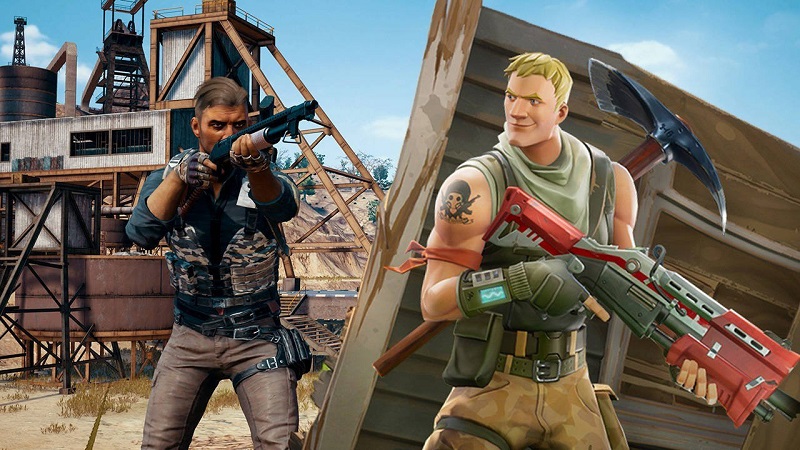 Since it's release PUBNG has sold over 40 million copies on PC, making the game a resounding success on the platform. At this time it is unclear when this case will commence to court, or how Epic Games will respond to the allegations.

Regardless, Fortnite is a very different game to PUBG, with both games presenting players with different graphical styles, tones, and gameplay. Fortnite offers a more entry-level experience with less realism and a light-hearted feel. In contrast, PUBG has a darker tone, with more MilSim (military simulator) elements. Other significant differences also include Fortnite's building mechanics, offering players a lot more environmental control than PUBG.

What is clear is that PUBG Corp and Epic Games are about to have their own Battle Royale in court, as neither side is likely to back down from this fight.

You can join the discussion on PUBG Corp taking Epic Games to court over Fortnite's similarities to PUBG on the OC3D Forums.

Dark NighT
Having a hard time taking those devs seriously, they seem to be more vindictive because Fortnite is doing better then they are and it is honestly a bit pathetic.Quote

SPS
Good on them IMO. When you pay a company to license their engine and they come out of the blue and do it better after their original game absolutely flopped you have to wonder where the line gets blurry from ripping your customers' idea off.

Imagine there's a software developer who gets contracted to make someone's idea, they think it will be good, so they release a working but primitive version to the customer. It takes off. They then recreate it so it's far better and release it under a different name with some tweaks, it's dodgy af. I wouldn't be using them for my ideas with that track record.Quote

NeverBackDown
Quote:
Agreed. Most gamers won't understand that however. They just fanboy and take sides.Quote