Prey's co-creative director, Raphael Colantonio, has called Steam's 2-hour refund policy an effective replacement for a dedicated PC Demo for the game.
This response came after questions regarding the lack of a PC Demo for Prey, with AusGamers alleging that this could show a lack of confidence in the game's PC version. In response, Colantonio stated that Prey's PC version is not a "port" and that the game was developed from the start with PC in mind and that the lack of a PC demo is due to the developer's limited resources.

It's just a resource assignment thing. We couldn't do a demo on both the console and on the PC, we had to choose. And besides, PC has Steam. Steam players can just return the game [prior to playing] 2 hours so it's like a demo already.
I also want to clarify that there's no PC port. I keep on hearing 'oh they're going to screw up the PC port' there is no PC port. We do the game on PC. It's a PC game.
It's a different engine to Dishonored as well. So we might have our own sets of problems, but we are of course very careful because of what happened with Dishonored 2. So we wanted to make sure the PC version of Prey is good. 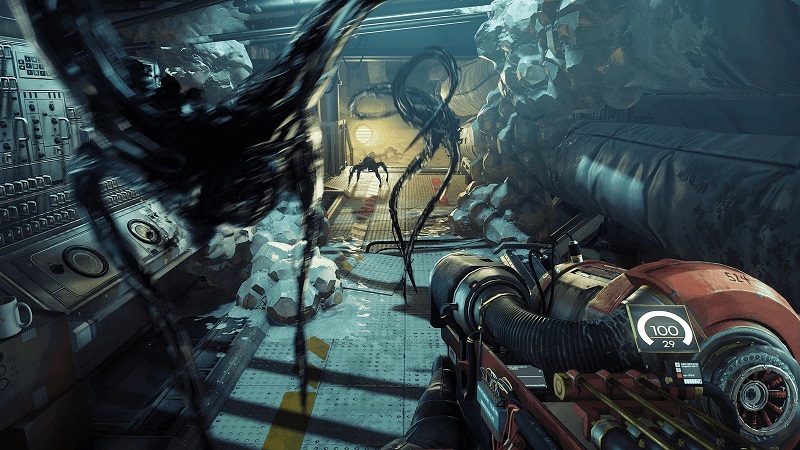 Steam's 2-hour "no questions asked" refund policy is certainly usable as an alternative a free demo/trial period, though it must be remembered that Steam still hold the right to deny automatic refunds to those who abuse the system. This will not be a concern to most users, who will only utilise Steam's refund policy occasionally, it could become an issue for those that make frequent use of Steam refunds.

Steam's refund policy is certainly not a replacement for a free demo version, though it does provide users with a useful safety net if their games perform badly or are misrepresented in marketing materials. Let's hope that Prey does not have any serious issues on PC at launch, as we certainly do not need another Dishonored 2.

You can join the discussion on Steam's Refund Policy on the OC3D Forums.

SuB
Yeah no, that's not what that is for.

Imagine the whole "we sold over x million copies on steam" argument when 50% of them got refunded as "demos"... not what that system is intended for....Quote

Dicehunter
Wow that is such a lazy cop out.

They could have simply had a timed version of the game, From the moment you start the game you have 30 minutes to play then it locks you out until you buy.Quote

smilertoo
I have never paid for a demo, even if you can get a refund this makes the 'demo' available only to those who can afford to pay upfront for it.Quote

Uno
I had a period during my vacation at the end of last year when I bought a couple of games, that turned out to really suck, after the 3th game Steam was like: Steam refund is not for testing games, please read reviews and/or the content in the store before buying, the next refund you make, will have to be reviewed manually and won't be refunded within 24 hours...

Ok fine I refunded games like I was loaning book in a library, but they looked fun, atleast till I found the technical issues (locked at 60/30 fps, choppy gameplay or overal bad animation quality) that I couldn't quite find without trying them on my system... Atleast I still had Xcom 2 to enjoy.Quote

TheF34RChannel
They did it properly with dishonored 2, a demo after which you could purchase the full game in menu.Quote
Reply