Portal Reloaded's adding a new dimension to Portal 2 in 2021

Portal Reloaded's adding a new dimension to Portal 2 in 2021

Portal Reloaded is the latest Portal 2 mod to take the community spotlight, altering the base game by adding a 3-way Portal gun into the mix. The game's standard Orange/Blue portals will function as normal but Reloaded's third green Portal adds a new dimension into the equation by enabling travel between two timelines.

A green portal? Two timelines? While this may sound confusing, this addition will allow players to travel across the span of 20 years between two inter-connected timelines, allowing Portal Reloaded players to solve each of the mod's custom test chambers in new and unique ways. This mod will be voice acted and will feature its own storyline, with players assuming the role of test subject 4-5-0-9.

Portal Reloaded is due to release on April 19th 2021, on the tenth anniversary of Portal 2's release. This mod is being created by Jannis Brinkmann, who has released additional details about Portal Reloaded on Moddb and through Portal Reloaded's official website.

You can join the discussion on Portal Reloaded adding a new dimension to Portal 2 on the OC3D Forums. 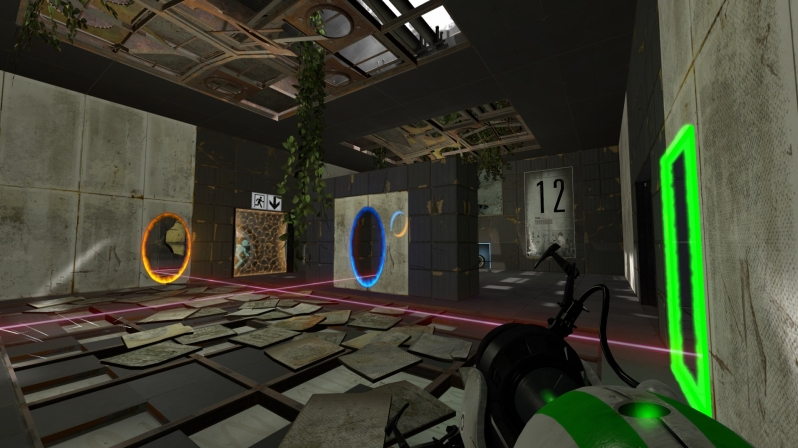 So excited, such a great game. Really looking forward to this!Quote
Reply