Better still is the fact that Marvel's Avengers has become the first PC game to support DLSS with dynamic resolution scaling, allowing PC gamers to benefit from both technologies at the same time.

Marvel's Avengers is a game which makes heavy use of resolution scaling, so much so that gaming with fixed refresh rates isn't feasible on most PCs. Without resolution scaling, framerates van vary wildly on a scene-by-scene basis, especially when effects-heavy attacks are in play.

Note: Since launch, we are continuously making improvements to the game and will keep rolling out these patches. We are also actively working with NVIDIA on specific issues that some users have reported with performance degrading over time. With the latest 1.3.3 patch, we've added NVIDIA DLSS, which significantly improves framerate while maintaining high quality visuals for NVIDIA RTX hardware. We've also added DLSS support for ultra performance mode and Dynamic Resolution scaling.  More information about NVIDIA DLSS can be found here.

- Fixed problems with mouse & keyboard sprint, when set to hold to sprint option is enabled.

- Fix for Thor and Captain America ranged abilities when using toggle to aim. 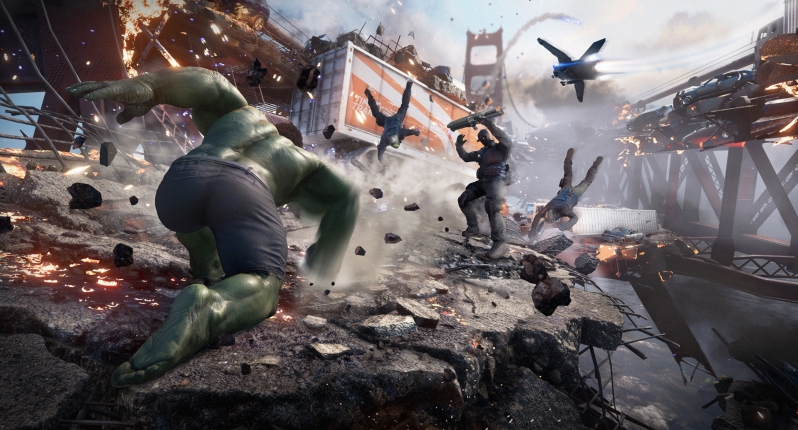 You can join the discussion on Marvel's Avengers gaining support for DLSS on the OC3D Forums.

Bagpuss
Yeah, but this game is dying on its feet, less than a 1,000 people playing it at any one time on Steam.Quote

WYP
Quote:
Yeah, the game has failed hard. It is good to see Nvidia get this version of DLSS into a game though. Just a shame that it is this specific game...Quote

Warchild
patch 13.x? how long has this game been out? And its already on patch 13+ :S

Is this another anthem disaster?Quote

WYP
Quote:
1.3.3. Seems that there was a typo in the forum post.Quote

Dicehunter
I've heard it's meant to be fun with friends but the novelty soon fades away.Quote
Reply