This mod does not remove Bethesda's Creation Club from the game

Love it or hate it looks like Fallout 4's Creation Club is here to stay, offering a both PC and console gamers the definitive "not paid mods but basically paid mods experience".

A lot of the Fallout 4 community despises Bethesda's Creation Club, whether it be an aversion to paid mods in all of its forms of Bethesda's inability to create worthwhile creations that do not already have their own free equivalents on the Fallout 4 Nexus. 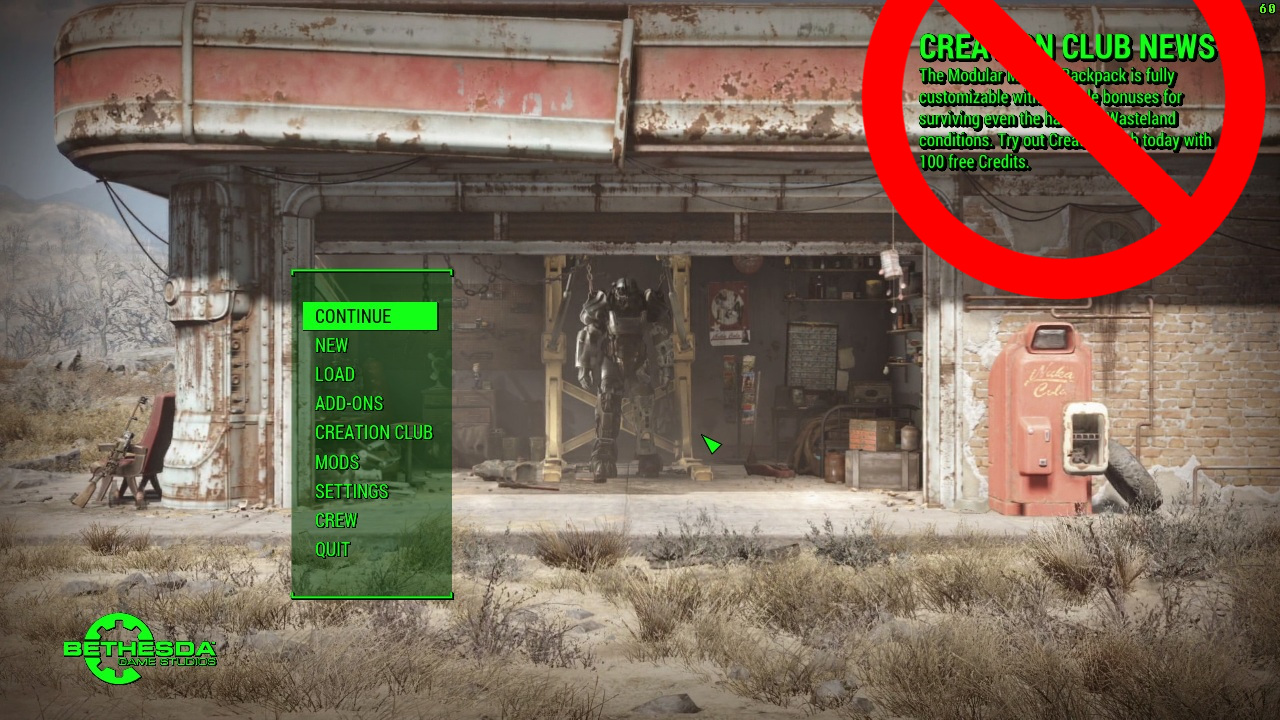 The "No More Creation Club News" mod highlights exactly what modding is all about, tailoring a game to suit the player's requirements, even if it means removing what many would consider a feature. There is even a mod that removes VATS from Fallout 4 from the Nexus.

You can join the discussion on Fallout 4's Creation Club News Removal mod on the OC3D Forums.