Is your PC ready for Oddworld: Soulstorm?

Oddworld Inhabitants has officially released the PC system requirements of Oddworld: Soulstorm, which is due to release on PC on April 6th exclusively on the Epic Games Store.

Oddworld: Soulstorm is a sequel to Oddworld: New 'N' Tasty (Oddworld: Abe's Oddysee's 2014 remake), arriving as an alternative story to Oddworld: Abe's Exodus, the 1998 sequel to the original Oddworld. Like its predecessor, Soulstorm will feature 2.5D side-scrolling gameplay where players, as the game's protagonist Abe, must work to save the lives of abe's fellow Mudokons from their lives as slaves.

Oddworld: Soulstorm is currently due to release on PlayStation 4, PlayStation 5 and PC, with no release plans for other console platforms. In 2019, Oddworld Inhabitants confirmed that they made Oddworld: Soulstorm an Epic Games Store exclusive on PC to ensure that the studio had the finances needed to create a "AAA Indie" experience. This deal allowed Oddworld to remain a self-published game, keeping its development free from external influences.

You can join the discussion on Oddworld: Soulstorm's PC system requirements on the OC3D Forums. 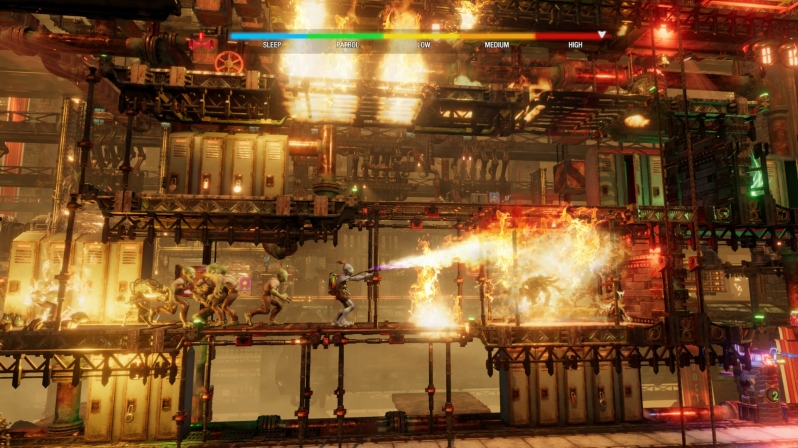 Dicehunter
Been waiting absolutely ages for this, I played the originals when they were first released on the PS1 and fell in love with them, Wish we had more Oddworld games.Quote

boria0
You and me bothQuote
Reply