Oculus is making Facebook accounts mandatory - even for existing users

Oculus is needlessly limiting its own reach

Oculus is making Facebook accounts mandatory - even for existing users

In October, new Oculus users will be forced to have a Facebook account to access their VR headsets, putting an end to the company's separate Oculus account system. Existing Oculus users will also be forced to switch to a Facebook account. However, the switch will only become mandatory in 2023 for those who want "full functionality" for their VR headsets.

Forcing the use of Facebook accounts is a change that Oculus users have feared since the company was acquired by Facebook in 2014, forcing Oculus users onto the Facebook platform and into a sea of potential privacy concerns.

Merging Oculus and Facebook will deliver gamers "social VR" and make it "easier to find, connect, and play with friends in VR". Even so, many see Facebook's action as a way to force VR users onto Facebook's data-devouring ecosystem. While Facebook has stated that user data will be used for "Providing and improving your experience across Facebook products", "Promoting safety and integrity on our services", and "Showing you personalized content, including ads, across Facebook products."

Below are examples of the types of data that Facebook will use when users link their Oculus and Facebook accounts.

- The VR apps you use, so we can recommend new apps you haven't tried yet

- Invites and acceptances for events you create

- Information like your name and messaging metadata for chats in VR, so that you have access to your chats across devices

- Information about your VR activity, like which apps you use, to show you ads for other VR apps you may like

- Information about your activity on other Facebook products, such as Pages you like and groups you join, to recommend content and things to do in VR. 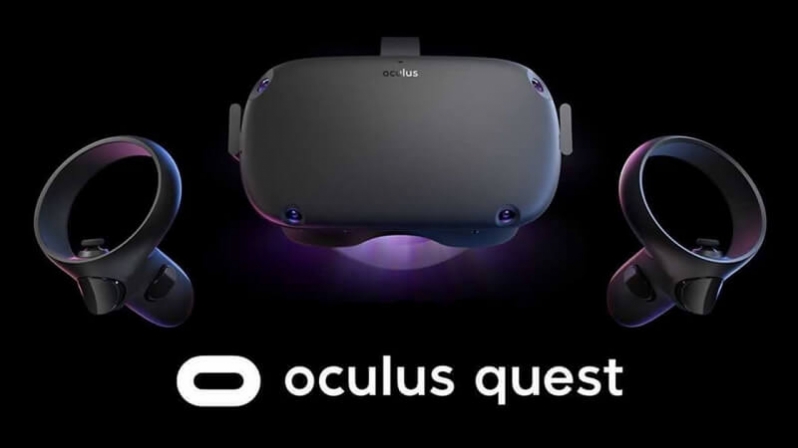 There are plenty of reasons why many consumers dislike Facebook, from its data-harvesting practices to its innate privacy concerns surrounding its service. Forcing Oculus users to utilise Facebook will turn a lot of gamers away from the brand, and possibly VR as a whole.

While existing Oculus users will be able to continue using their headsets after the company's 2023 merger deadline, Oculus will be forcing strict limitations on those who fail to enter into the Facebook ecosystem.

Facebook's announcement has already caused an outcry on social media, with some Oculus users claiming that they will sell their devices over this issue.

Would you consider buying Oculus products after this announcement? You can join the discussion on Oculus forcing its users to use Facebook on the OC3D Forums.

Nogginthenog
There are two issues with this.

First, its monetization of your gaming despite already paying a heft cost for the equipment. The reason to do this is so they can monitor your gaming habits, record the data and sell it on.

If they want to do that, then provide the equipment for free, don't charge people to buy stuff, then put use barriers in place so you can continue to profit from them.

Second is the nature of facebook. They ban accounts all the time, often for little reason, and often for political views.
I may not agree with those views, but in what world is it acceptable to potentially lose access to equipment you own, and games you've bought, because an algorithm at facebook HQ decides someone is saying something they shouldn't, entirely unrelated to their gaming at all?

Its not just facebook and oculus, this idea that despite paying fortunes for hardware, someone else still has control of whether you can use it or not is anti-consumer and patently ridiculous.Quote

KingNosser
I'd expect to see a lot of these on ebay and while I do use facebook it's only for personal friends and family i.e people I know in the real world, but even I wouldn't want to be locked into it even more when it's meant to be something i'd have a passion for and enjoy as a major part of my life.

I think this is a really bad thing and people that own them have a right to be disgruntled, i can see valve index preorders going up already

Greenback
I can see a lot of fake FB accounts being setup.

Me and my son share the oculus account, and I'm going to bet there are many parents who do the same, so it's a choice of giving access to my FB account or setup a fake 1, by 2023 my quest will probably be ready for replacement, so if they go this route I'll more than lightly get steam or htc because having Ad's when I want to play a game is definitely a no noQuote

smilertoo
Will facebook be offering refunds to those who dont want their every move monitored by them? Surely this has privacy law issues in the EU.Quote

hmmblah
I do not use Facebook at all and never will. If they make this mandatory I won't be buying another Oculus. I'm with Greenback, looks like I'll go with Valve or another competitor.Quote
Reply