Obsidian's The Outer Worlds is coming to Steam on October 23rd

For those who hate Epic Games, The Microsoft Store and Xbox Game Pass

Obsidian's The Outer Worlds is coming to Steam on October 23rd

On October 23rd, The Outer Worlds will be released on Steam, allowing PC gamers to purchase the game across almost all major storefronts. At this time, Obsidian seems to have no plans to release The Outer Worlds on GOG.

The Outer World's is an RPG which is similar in style to Fallout New Vega, taking place in the far future where extreme capitalism has allowed humanity's colonies to be controlled by corporations. Players will find a ship, build a crew and change the world through a series of player decisions, which allows the game to unfold in several ways depending on how you play it.

Below are The Outer World's PC system requirements.

You can join the discussion on Obsidian's The Outer Worlds coming to Steam on October 23rd on the OC3D Forums. 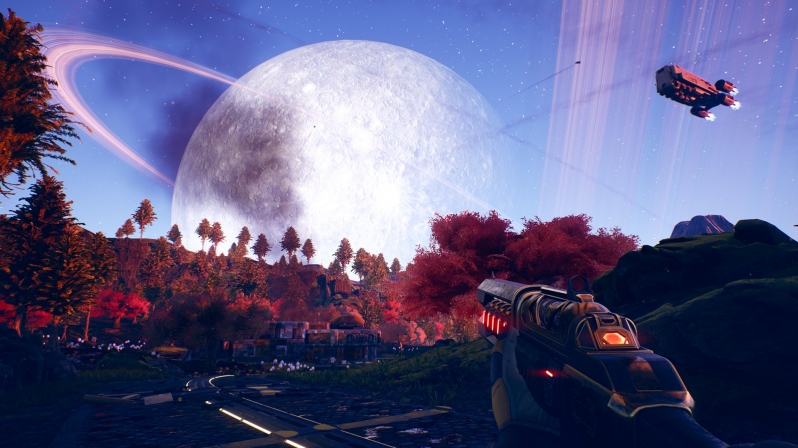 Drebin
Almost every game I've played this year has been on Epic Store because of all the sales and £10 vouchers they keep giving away.
I haven't even got round to installing Steam since I built my new PC in January !Quote

tgrech
Loved outer worlds, the closest thing we've got to a true Fallout New Vegas successor so far, strongly reccomend for anyone with Game PassQuote

Dicehunter
Good to see this game fully release after such a long beta test on other platforms....

Warchild
Quote:
I loved it, and considering it was designed with colour blind people in mind, the landscapes are fantastic with some very vibrant colours.Quote

looz
I really liked this game, but in hindsight it felt a bit shallow. I also kinda messed up my progression, got impatient since I blew my cover in one of the later stealthier missions and then just steamrolled through.

I think I completed hours' worth of gameplay in like 30min.Quote
Reply