DLSS is Nvidia's key advantage over its rival

AMD's Radeon RX 6000 series is an incredible showcase for the company, bringing Radeon into direct competition with Nvidia within the high-end GPU market. Even so, Nvidia isn't going down without a fight, and it has a key technological advantage that they are more than willing to push for everything it's worth; DLSS.

From a gamer's perspective, DLSS can offer a free performance upgrade on compatible systems. Using the AI acceleration of Nvidia's Geforce RTX products, Machine Learning can be utilised to reconstruct high-resolution images using a lower resolution base image. Though this feature, Nvidia users can achieve higher framerates with little to no graphical downsides.

As of now, AMD has no answer to Nvidia's DLSS technology, and the Nvidia-only nature of the technology has prevented the game from being used widely. Right now, Nvidia says that "DLSS has accelerated performance in more than 25 games to date", but that isn't exactly a large list of PC games.

Today, Nvidia has announced that four more games have "just gotten faster with the addition of Nvidia DLSS", bringing the performance-enhancing feature to Call of Duty: Black Ops - Cold War, Enlisted, War Thunder and Ready or Not.

In Black Ops: Cold War, Nvidia's DLSS can boost framerates by up to 85% when used at 4K in Performance Mode. This is enough to push the game above 60 FPS on most of Nvidia's RTX series GPUs to average framerates of above 60 FPS at 4K Ultra settings with ray tracing enabled. 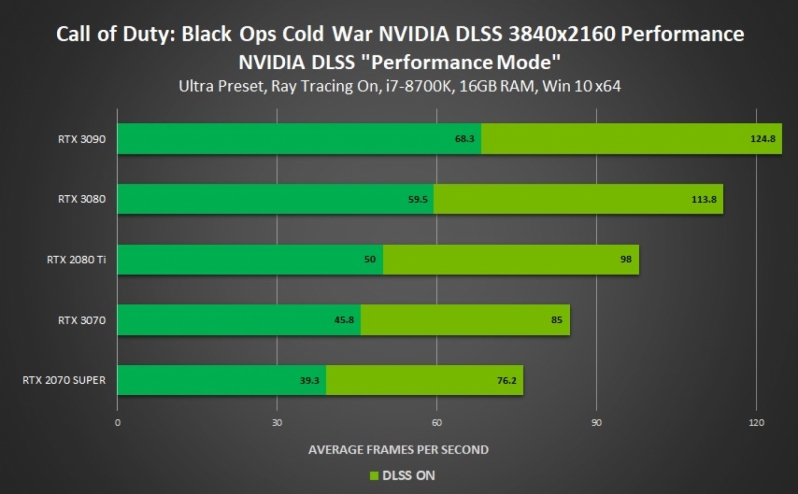 In Enlisted, Nvidia has reported up to a 55% performance increase when DLSS is enabled. This is enough for 4K gamers to run Enlisted at over 100 FPS on most RTX series graphics cards. 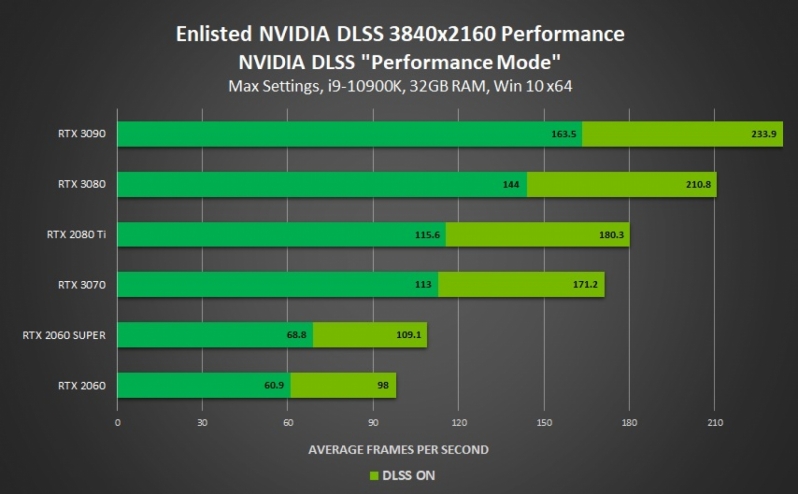 In Ready or Not, Nvidia's DLSS feature can deliver a staggering 120% increase in game performance in some cases, making 4K 60 FPS gameplay possible within the game. 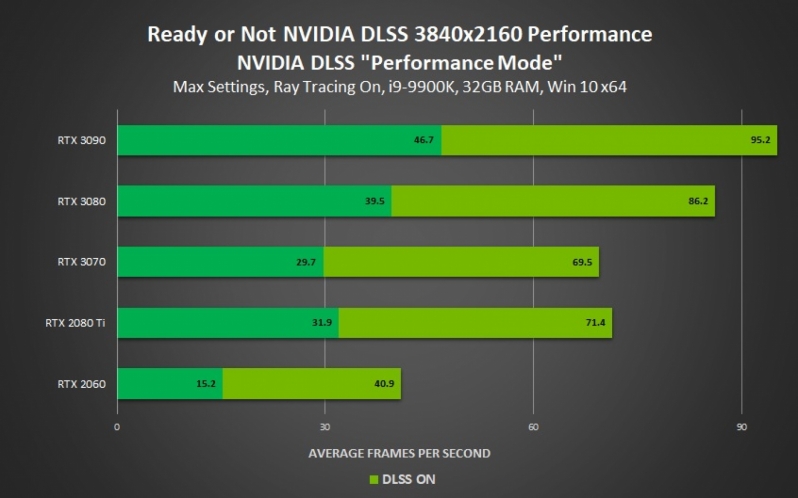 In War Thunder, up to a 30% increase game performance is possible at 4K, pushing all RTX series graphics cards above 100FPS at 4K in Nvidia's benchmarks. 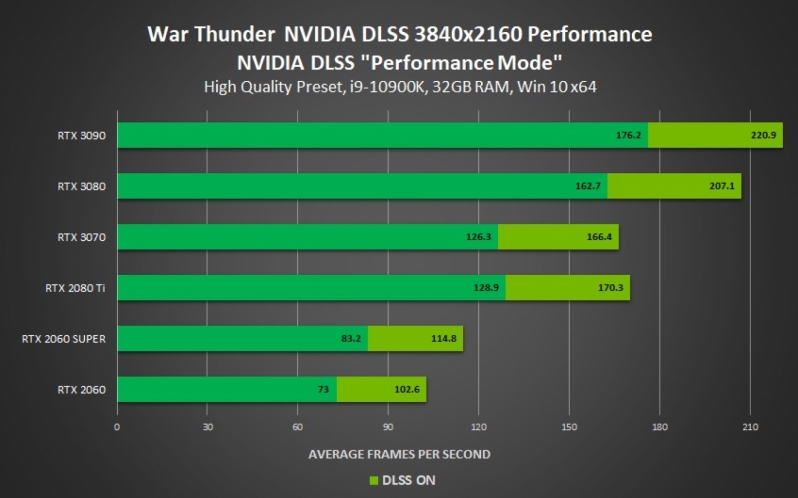 While Nvidia's DLSS feature is one of Nvidia's key advantages with their RTX 30 series of products, it is worth noting that Nvidia's list of DLSS enabled games remains small. That said, big hitters like Cyberpunk 2077, Dying Light 2 and Vampire: The Masquerade - Bloodlines 2 will all support the feature in the future.

With AMD returning to the high-end PC market with RDNA 2, Nvidia will be pushing developers harder than ever to bring DLSS into their games. Expect to hear more about DLSS in the future, as Nvidia are sure to weaponise the feature to reassert their dominance within the GPU market.

You can join the discussion on Nvidia announcing four new DLSS enabled PC games on the OC3D Forums.

AlienALX
Nvidia gives you even more reason to buy one of their cards even though you can't buy their cards.

Nice one assholes, just keep rubbing it in.

They are acting like all of this matters. It doesn't matter squat when you can't buy the bloody things.

Whole launch is a joke. And continues to be so. Have unsubbed to nearly all of my PC channels on Youtube. What's the point? 30 this, 30 that. Then they all copy each other, just to rub your nose in it even more. It just shows a true lack of brain power when it comes down to them not being able to think of absolutely anything else whatsoever to do than bash on about these effing cards you can't buy.

At least Linus has done my favourite. The secret shopper. I love that series, and I have subbed to him whilst it goes on. Loved the last one, this one is excellent too. Dawid is still making me laugh loads and that will about do me.

The others though? LOL. Jay does a video. Kyle copies it. Then Paul copies that. Juggle the names around and you have your content. Do they really expect the same people to watch the same crap three times?

queeg
totally agree with ya i have stopped watching most tech stuff too those 30 series cards do look nice but dosent matter if you cannot buy them think the ram a joke aswell.....i have not seen the secret shopper wasnt a big fan of linus but i may check it outQuote

AlienALX
Quote:
Funny thing is they ended up with a Dell, not an Alienware.

And Sarah is smoking. Holy crap I could sit and look at her all day