Some RTX 4090 users are facing 'Flashing/Blinking Display' issues in Need for Speed Unbound, but EA knows a fix

- Update - EA has updated their EA Answers support site to confirm that users with RTX 40 series GPUs that are facing 'Flashing/Blinking Display' issues should update their motherboard's BIOS and not their graphics card's VBIOS.

EA had mistakenly stated that RTX 40 series GPU owners should update their GPU VBIOS previously, resulting in our article reporting incorrect information. Since EA has now admitted their mistake, we have issued this update to this article.

Need for Speed Unbound is now available on PC, but some RTX 4090 users are not having a good time playing it. EA has confirmed that RTX 4090 users are facing 'Flashing/Blinking Display issues' when playing their latest racing game, and that the only way to fix it (currently) is to update your RTX 4090's firmware.

Below is what EA has to say about Need for Speed Unbound's display issues with Nvidia's RTX 4090 graphics cards on their EA Answers support site.

We've seen reports of Flashing/Blinking Display issues with folks on high-end PCs (Nvidia RTX 4090). After testing, we've found a workaround/fix is to upgrade the bios on the 4090 video card.
The guide for performing this bios upgrade is found here on Nvidia's Customer Support Portal.

- You will need to download the NVIDIA GPU UEFI Firmware Update tool, run it and then follow the onscreen directions.
- Once complete, you should be able to play without having the issue reoccur.

If you continue to experience this issue - please report this via the Bug Reports section with details about your system (CPU, make/model of your 4090 video card, driver dates, video card bios/firmware number). 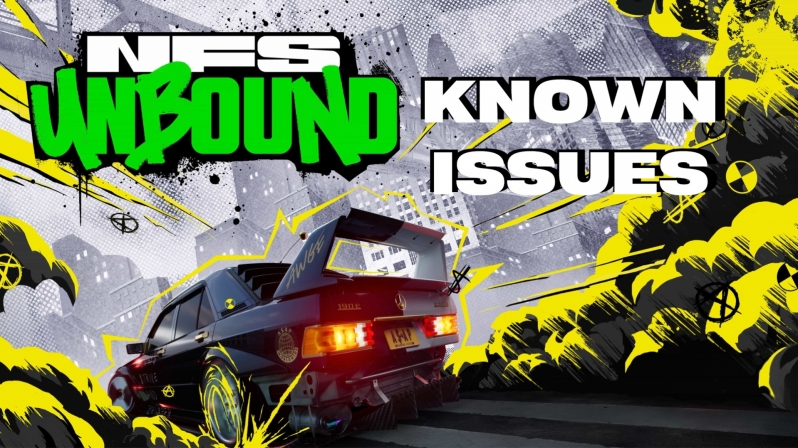 To update your firmware on an Nvidia RTX 4080 or RTX 4090 graphics card, gamers will need to head over to Nvidia's supper website and download their GPU Firmware Update Tool. This tool is available to download here. Using this tool, RTX 40 series GPU users can update their graphics card's firmware, hopefully eliminating the GPU's display issues.

An embarrassing time for Nvidia

Need for Speed Unbound is one of the earliest games to launch with support for Nvidia's DLSS 3 technology on day-1, making the game's launch an important time for RTX 40 series users. DLSS 3 and its Frame Generation feature are one of Nvidia's strongest selling points for their RTX 40 series products, making the game's issues running on some RTX 4090 graphics cards embarrassing for Nvidia. Thankfully, a simple BIOS update is able to address Nvidia's display issues in this instance.

You can join the discussion on Nvidia's RTX 4090 graphics card having issues playing Need for Speed Unbound on the OC3D Forums.

Warchild
Is this the "New World" card bricking fiasco all over again?Quote

AlienALX
Quote:
We can but hope lol.Quote
Reply