Nvidia's ready to rip and tear, are you?

Nvidia's ready for Hell on Earth with their latest Geforce Game Ready driver (442.74 WHQL), which has launched today with optimisations, profiles and bug fixes for id Software's DOOM Eternal.

Users of Geforce graphics cards should install this driver to ensure the best day-1 gaming experience within DOOM Eternal, though players of Red Dead Redemption 2 should also be glad to know that this driver also addresses potential black screen issues when alt-tabbing in and out of the game.

Nvidia recommends that players of DOOM Eternal on Steam refrain from playing the game with Steam's FPS counter enabled, as this has been found to cause framerate drops. This issue should be addressed with future driver releases.

Nvidia's full release notes for their Geforce 442.74 driver are available below. 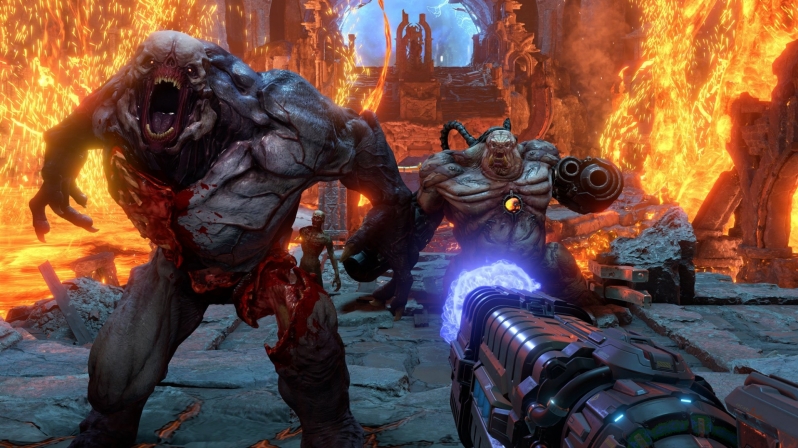 Game Ready Drivers provide the best possible gaming experience for all major new releases. Prior to a new title launching, our driver team is working up until the last minute to ensure every performance tweak and bug fix is included for the best gameplay on day-1.

Changes and Fixed Issues in Version 442.74

As with every released driver, version 442.74 WHQL of the Release 440 driver has open issues and enhancement requests associated with it. This section includes lists of issues that are either not fixed or not implemented in this version. Some problems listed may not have been thoroughly investigated and, in fact, may not be NVIDIA issues. Others may have workaround solutions. For notebook computers, issues can be system-specific and may not be seen on your particular notebook.

- [SLI][Doom Eternal]: Corruption occurs in the game upon opening the Steam overlay. [200593967]
- [DOOM Eternal]: Error occurs in the game while capturing Super Resolution (AI Upres) Image with Ansel.[200597765]
- [Doom Eternal]: The game frame rate drops when using the Steam in-game FPS counter. [200593988] This issue also occurs with non-NVIDIA graphics hardware.
- [DOOM Eternal][HDR]: The game flickers when OS HDR is set to OFF and in-game HDR is set to ON.[2874172] To work around, enable “Play HDR games and apps” from the Windows HD Color Settings menu. ? [Call of Duty: Modern Warfare]: Game may display white flashes when player approaches a wall. [2887940]
- [Call of Duty - Warzone]: Freestyle does not work. (200593020)
- [Forza Motorsport 7]: The curb may display a black strip during a race on certain tracks. [2781776]
- [Zombie Army: Dead War 4][Ansel/Freestyle]: The Ansel & Freestyle tabs are unselectable. [2810884]
- [Tom Clancy's Rainbow Six Siege][Vulkan][G-SYNC]: When playing the game in Vulkan mode with G-SYNC enabled, flickering occurs after switching the game between full-screen and windowed mode.[200578641] To work around, either disable G-SYNC or play using an API other than Vulkan. 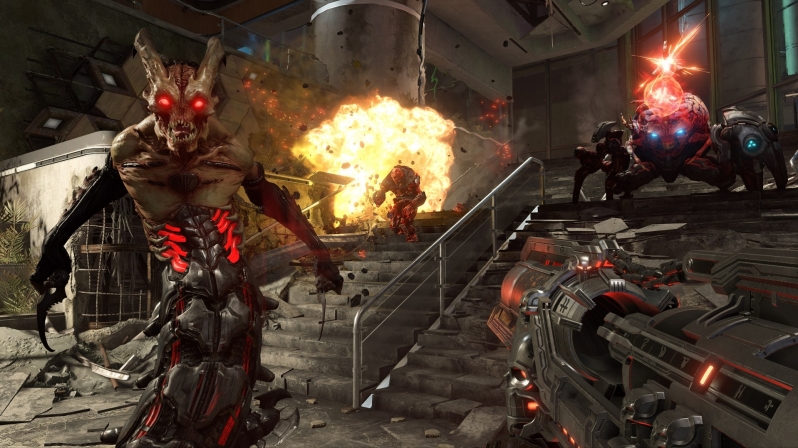 You can join the discussion on Nvidia's new Geforce 442.74 WHQL driver on the OC3D Forums.

Dicehunter
I'll wait for a sale, I can't justify spending £50 on a game that I'll complete in 2 x sittings and never touch the multiplayer.Quote

Warchild
Quote:
Mindless gore has never interested me anyway. I liked the first Doom because it had that dark Alan Wake feel about it, with things hiding in every dark crevice, but this is just some basic fps in hyper mode. Overdone in literally every aspect.Quote

Avet
Quote:
I think that was the point. The story is just barely enough to give you a reason for the onslaught. The previous one had some Alan Wake and Dead Space elements. More gore and more carnage is the way it should be. Overdo it and then add some on top of it. It may not be for everyone, but that is how Doom games were and should be since the original one.Quote

Warchild
Quote:
I think Doom 3 is how it should have been done if at all.Quote

ImprovizoR
Quote:
Boy, am I glad that you're not in charge of id Software.Quote
Reply