Nvidia's next GTX architecture is rumoured to be called Ampere, not Volta

Some of the features on Nvidia's Volta V100 are useless to gamers, who needs Tensor Cores for gaming?

Nvidia's next GTX architecture is rumoured to be called Ampere, not Volta

Rumours have started to emerge that Nvidia's next series of gaming GPUs will be based on a new architecture called "Ampere" and not Volta. These rumours have emerged from heise.de, who states that this new architecture will be revealed at GTC (Nvidia's GPU Technology Conference) in 2018.

For a long time, gamers have expected Volta to be Nvidia's successor to Pascal, though to say the least the evolutions seen in Nvidia's Volta-based Tesla V100 GPU design do not evolve much over Pascal in many ways, aside from the addition of several compute-friendly features like FP64 support. Beyond that, the GPU's key new features, the GPU's Tensor cores, are completely useless for gaming without developers creating features specifically for these units.

This makes it extremely likely that Nvidia will not add Tensor cores to a gaming oriented product, saving die space and creating a GPU that is much cheaper to produce, though with the removal of this feature Volta loses its biggest feature addition when compared to Pascal. 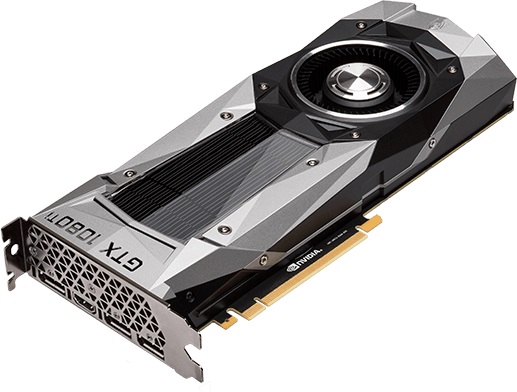 If Nvidia decides to call their next GTX architecture Ampere, it shows that Nvidia is taking further steps towards differentiating their GTX and Tesla series of consumer gaming and compute GPUs, though this is something that will need to be proven with future releases and design roadmaps.

Today the compute and gaming GPU markets are very different, especially as the demand for AI compute hardware grows. As these markets differentiate Nvidia will be forced to differentiate their GPUs to provide peak levels of efficiency for each market, this can already be seen with the lack of dedicated FP64 hardware on GTX GPUs.

Please remember that this is just a rumour, so all of the information here should be taken with a huge grain of salt.

You can join the discussion on Nvidia's rumoured next-generation gaming GPU architecture being called Ampere on the OC3D Forums.

AlienALX
I would hazard a guess and say it's about the money. Volta right now is reserved for high end stuff and high end prices. Maybe they are splitting them up to keep Volta desirable at the top end.

It could also mean that Ampere could be quite cut down, given the lack of competition from AMD. I hope not, because I hate incremental drivel like Intel were doing before they got a Ryzen chop from Lisa Su.Quote

AngryGoldfish
Quote:
I agree. Volta could be considered too high-end or too expensive to produce for the GeForce market, and not necessary. Maybe Ampere is a tweaked version of Volta without Tensor cores. We never did see the full fat GP100 in the GeForce sector and no one really missed it, so maybe Volta is going to remain for the compute market where it'll be in higher demand while a 'shrunken' version will become Ampere and be a successor to Pascal that's more about DX12 features and increased clock speed and efficiency.

I don't see Nvidia pulling an Intel personally. We might not see 50-100% gain with each generation, but as long as prices are kept reasonable I think it'll be a worthy upgrade for Maxwell and even some Pascal owners. The days of 100%+ improvements between GPU generations I think are gone. For whatever reason I think it's gone. Personally I don't think we need 100% growth between generations. Games just aren't demanding enough at 1080p, the most popular resolution.Quote

Korreborg
Well of cause it's about money. As the article says. Why spend money on Tensor cores for gamers, that can't use them.Quote

NeverBackDown
So basically no reason to upgrade. Just a refresh on a smaller node and probably with HBM 2 on high end cards.Quote

TheF34RChannel
I won't indulge such a cryptic rumor other than stating that the site it originated from seems to have pulled it from thin air; there's no credible information nor source.Quote
Reply