Nvidia Ansel will soon be available through Geforce Now

In the coming weeks, Nvidia has also confirmed that Ansel support will arrive on Geforce Now, allowing PC gamers to take "professional-grade screenshots" within supported games. These games include titles like The Witcher 3, Mass Effect Andromeda, For Honor, ARK: Survival Evolved and Shadow of the Tomb Raider.

Right now, Geforce Now costs £4.99 per month for the service's Founders membership, but Nvidia has added a new "Special Offer" which allows users of the service to get access to the service for six months for £24.95, offering users the same benefits alongside Hyper Scape's Season One Battle Pass Token and an "Exclusive Hyper Scape In-Game Content Pack".

Nvidia's Geforce Now service also has a free version which allows PC gamers to have "standard access" to the service and play games in 1-hour sessions. This version of Geforce Now allows gamers to demo the service before they pay for a subscription. Nvidia's premium service allows for longer gameplay sessions and lets users play compatible games with "RTX ON". 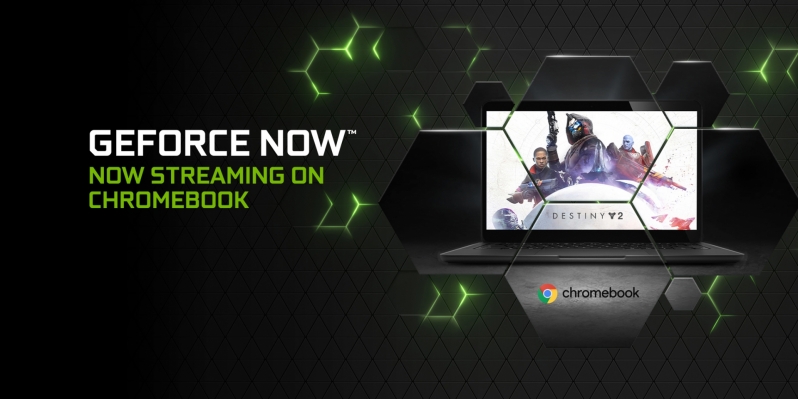 Right now, Geforce Now supports PC games from Steam, the Epic Games Store, and Uplay. Right now, over 650 games are supported on the service, including 70 of the world's most popular free-to-play titles.

Nvidia has confirmed that CD Projekt Red's Cyberpunk 2077 and Ubisoft's Watch Dogs: Legion will be available to stream through Geforce Now when they launch later this year. In-Game progress can be maintained through Geforce Now across a range of devices, from your PC to your mobile phone and now, Chromebooks.

You can join the discussion on Geforce Now coming to ChromeOS on the OC3D Forums.