Nvidia's changing its Geforce Now tactics, and over 80 games will be removed as a result

Developers and publishers now have full control over Geforce Now

Nvidia's changing its Geforce Now tactics, and over 80 games will be removed as a result

The idea behind Nvidia's Geforce Now service is simple, allow PC gamers to rent a gaming PC on the cloud with access to games on Steam, the Epic Games Store, Uplay, Origin and GOG. The problem is that things aren't that simple for game developers and publishers.

From a gamers perspective, Geforce Now is a rented PC on the cloud, but many publishers disagree. Many publishers have removed their games from Nvidia's Geforce Now service, having seen conflicts between Geforce Now and their own cloud gaming plans.

In a new blog, Nvidia has given in to publishers and have made its Geforce Now service into an "opt-in" platform. This means that Geforce Now will only offer PC gamers access to titles which developers/publishers have decided to offer on the service. As a result, over 80 games will be removed from Geforce Now on May 31st, including Shenmue I & II, Total War: Three Kingdoms, Assetto Corsa, Yakuza Kiwami and Project Cars 1 & 2.

GeForce NOW has already been enjoyed by millions of gamers. As we approach the end of our trial period, we’re working to build a robust catalog of PC games with full support from the development community.

This includes a new opt-in process for developers and publishers to offer their games on GeForce NOW. Response has been strong with over 200 publishers committing to streaming on the service.

GeForce NOW is an extension of the PC ecosystem. There is no cost for developers — games just run without difficult porting requirements — helping them reach millions of players who don’t have game-ready PCs.

Going forward, only the games that are opted in will be available on the service, providing confidence in the GeForce NOW game library. Yet some publishers are still figuring out their cloud strategies. Those that haven’t opted in as of May 31 will be removed.

The current list of games playable on GeForce NOW, including mega-hits — like Apex Legends, Counter-Strike: Global Offensive, Destiny 2, Dota 2, Fortnite, Rocket League, Terraria and Tom Clancy’s Rainbow Six Siege — can be found here, along with the list of games that will no longer be available.

With more than 2,000 games already committed to the service, including over 500 instantly playable and more added every Thursday, the GeForce NOW library is shaping up nicely. 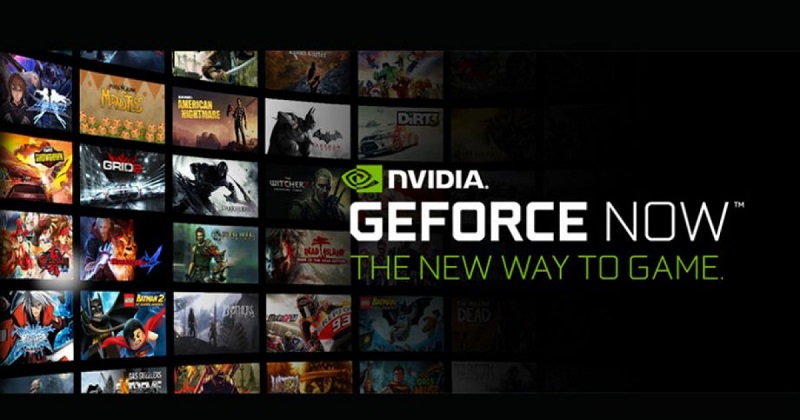 With Geforce Now, game developers don't need to port their games, change their distribution model or adjust their business strategy in any way to open up their PC titles to the world of cloud gaming. All they have to do is opt-in.

As a consumer, I see no difference between the PC on my desk and a PC in the cloud. As such, I see Nvidia's Geforce Now streaming model as one that has the potential to be incredibly popular amongst consumers, and little reason for developers not to support the service. If you want to play a game on Geforce Now, you'll need to buy the game on PC. Publishers get their money, developers get their money, and Nvidia gets paid its Geforce Now subscription fee. The only thing blocking broader support for Geforce Now is the self-interest of publishers and their plans to offer competing services.

A full list of Geforce Now's supported games is available here, as well as a list of games which will be removed from the service on May 31st.

You can join the discussion on Nvidia changing its tactics with Geforce Now on the OC3D Forums.

demonking
Anyone else mind if I use there products to advertise my own business?
Oh sorry im already doing it, if you notice then you can complain and ill remove it but only if you complain, otherwise I going to freeload off your brands, artwork and business reputation to make my own money.

My point is, Had I used the Nvidia/GeForce for anything without their permission, I could end up in court. They did the same thing with SLI support during the z77 faze. MSI offered SLI support on there whole range of GD boards but as MSI didn't get permission (Pay) Nvidia they had to remove the branding and were not allowed to print the SLI logo on the boards they had not paid to. Nvidia are reaping what the sowed here. Despite them probably being in a great position to offer a great experience, perhaps if they hadn't charged these companies a fortune to add "Nvidia, the way its meant to be played" to their games these publishers might not have reacted as harshly as they have. Treat people how you want to be treated.Quote
Reply