Old frame rating software like FRAPS has become antiquated, and modern alternatives like PresentMon are challenging to use if you are a newcomer to the game benchmarking scene.

FrameView is due to release on July 9th, offering support for percentile frametime data analysis, GPU power monitoring and options such as capture delay and duration configuration. These options will prove useful to benchmarkers, though Nvidia's power monitoring stats should be taken with a grain of salt. Would you trust the power data that Nvidia's GPU reports, or real-world power data that come from off-the-wall measurements?

Alongside our SUPER GPUs, we’re launching FrameView, an application for measuring framerates, frame times, power, and performance-per-watt on a wide range of graphics cards. Detailed metrics are presented in real-time with a configurable overlay, and reported to a log file for convenient analysis, leveraging PresentMon for analytics.

FrameView works with all major graphics APIs and UWP (Universal Windows Platform) apps. Plus, it enables real-time power measurement through APIs, recording chip and board power without the need for special physical equipment, all while also capturing detailed performance information. 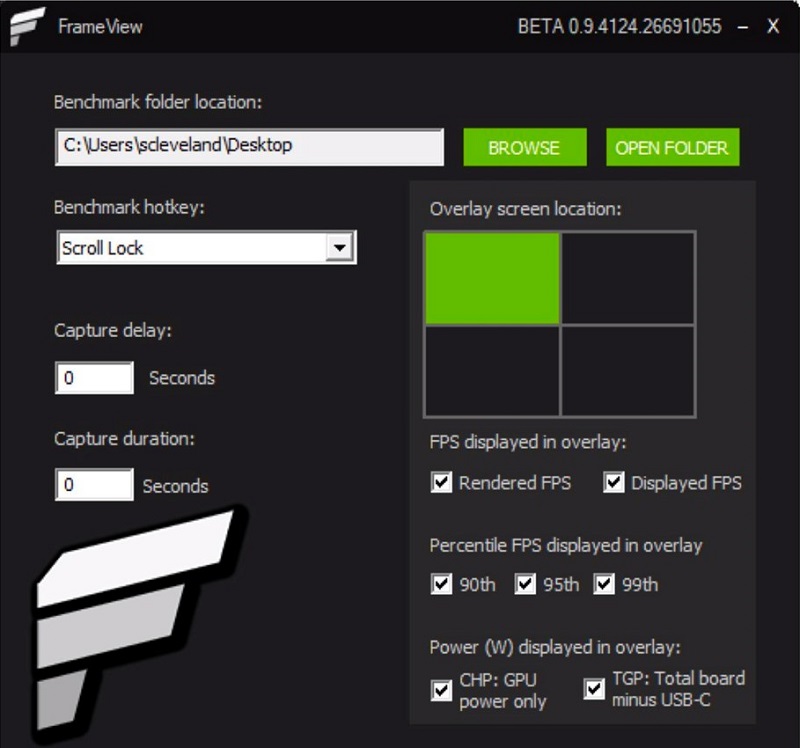 Nvidia's FrameView will not be limited to Geforce graphics cards, with Radeon and Intel graphics support coming with the application as a stock feature. Both G-Sync and FreeSync are also supported, though the application will only work with Windows 10.

You can join the discussion on Nvidia's FrameView framerate monitoring application on the OC3D Forums.

tgrech
Really like AMDs version of this, being able to view all the data on your phone makes life a lot easier.Quote

NeverBackDown
You can take the sarcasm elsewhere. They could easily report Nvidia as higher performing or misreport certain functions. It's not open software.Quote

looz
And someone with their own FCAT setup can point that out, which would lead to a PR disaster. I'll take my sarcasm elsewhere if you curl your tinfoil into a ball and take it to the nearest recycling facility.Quote
Reply