Nvidia has revealed that they have been working with Bungie and Monolith to deliver HDR and SLI support on the PC versions of Destiny 2 and Middle Earth: Shadow of War, with Nvidia planning to release Nvidia Game Ready drivers for each title before their respective launches.

Nvidia has also stated that HDR support will be included in Destiny 2's upcoming beta on PC, with the company planning to release a Game Ready driver for the beta on August 24th, which is long before the Open Beta releases on PC. 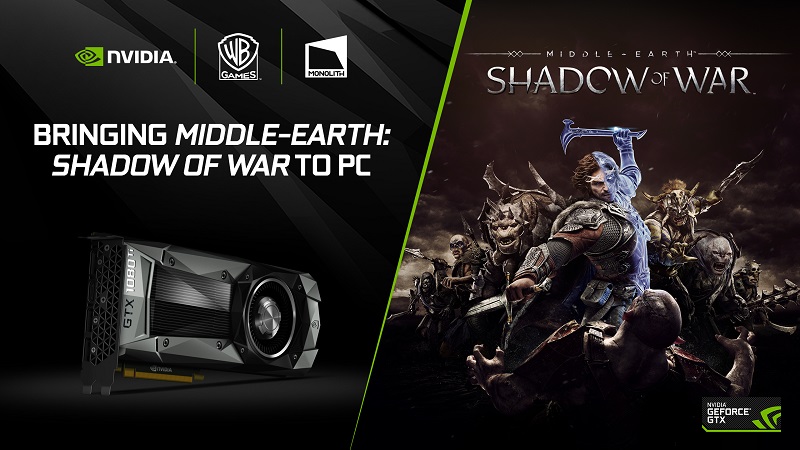 Destiny 2 will officially release on PC on October 24th, with Middle Earth: Shadow of War releasing on October 10th.

Combine this with the upcoming release of Final Fantasy XV and this month's release of Agents of Mayhem and we can see that Nvidia is pushing hard to get more of their technology into modern PC games, which can be seen as either a good or a bad thing depending on your opinions on Nvidia.

Regardless it is great to see HDR and SLI support coming to both of these titles, features which will no doubt go perfectly with Nvidia's upcoming G-Sync HDR10 displays, which can offer resolutions of up to 4K with full HDR10 support and refresh rates of up to 144Hz.

You can join the discussion on Nvidia's plans to bring HDR and SLI support for future AAA PC games on the OC3D Forums.

NeverBackDown
If they do a bundle with SoW... I might just get a 1070...
Even though I already bought SoW on console (yes I know I'm ashamed)Quote

Tolemac
Quote:
OCUK are bundling Destiny 2 with the GTX 1080 and 1080ti only and don't be ashamed

. The way pricing for graphics cards is going I may well just buy a console next time round myself.Quote

NeverBackDown
Yeah pricing is insane. Was gonna get 56 with an aftermarket cooler but the way Vega is going right now I may end up with a 1070 once prices fall. If not until then I'll see how Volta is doingQuote

Daiyus
Quote:
I'm still considering a 56. I'm expecting them to come in at around £450 once the initial batch sells out at "MSRP", which is a bitch but if it comes with Wolfenstein II and Prey than I'll happily knock £50 effectively bringing it in line with GTX 1070's.

Sure it's a little bit of mental gymnastics to justify it but right now it's hard to justify any GPU of decent performance levels. This is all assuming I can work enough overtime over the next month to actually afford anything, I don't really want to wait longer than that; I'm fed up of slumming it at minimum settings with 20-30FPS..Quote
Reply