Nvidia has officially revealed a new graphics card, a product which will be the company's first PCIe 4.0 consumer GPU and is set to power a new generation of low-wattage notebooks. Meet the Nvidia Geforce MX450.

At this time, Nvidia has not revealed the full specifications of its Geforce MX450 graphics card, aside from the fact that the graphics card supports PCIe 4.0, either GDDR5 or GDDR6 memory and DirectX 12 feature level 12_1.

Nvidia's MX 450 will sit below graphics cards like the GTX 1650 Mobile, offering users a lower TDP to enable a long battery life while also delivering accelerated performance in both gaming and creative applications. Videocardz has claimed that this graphics card will likely use Nvidia's Turing-based TU117 silicon, though this has not been confirmed.

PC gamers can expect to hear more about Nvidia's Geforce MX450 as Intel's Tiger Lake processors launch, as we expect these products to be paired together in many future notebook designs. 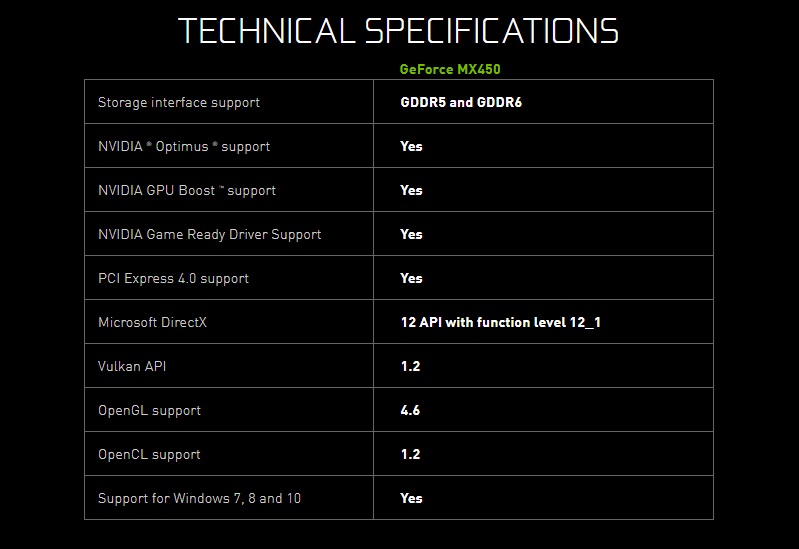 You can join the discussion on Nvidia's Geforce MX450 Mobile GPU on the OC3D Forums.