Should PC gamers be able to access their Steam games on a cloud-based PC?

Nvidia's Geforce Now gaming service is a mess, at least from a content standpoint. Yes, the service offers high-quality game streaming with relatively low latencies an "RTX" visuals in compatible games, but that isn't stopping games from exiting the service thick and fast.

The Long Dark's Game Director, Raphael van Lierop, confirmed that the game had been removed from Geforce Now on Twitter, making the following statement.

Sorry to those who are disappointed you can no longer play #thelongdark on GeForce Now.

Nvidia didn't ask for our permission to put the game on the platform so we asked them to remove it.

Please take your complaints to them, not us. Devs should control where their games exist.

It's clear that Nvidia's in the wrong here. The Long Dark shouldn't have been added to their Geforce Now service without the permission of the game's developer. This isn't like Bethesda and Activision Blizzard, who had prior agreements with Nvidia during Geforce Now's beta. Hinterland Studios has no idea that Nvidia was using their game, showing a total lack of respect for the game's developer and their plans for their IP. Nvidia assumed that they didn't need to ask for permission, which is an arrogant stance to take against with game developers.

There are two ways of looking at Geforce Now. It is either a Stadia-like online gaming platform or a "gaming PC in the cloud". As it stands, Geforce Now does not sell games. It offers PC gamers access to their existing game libraries on Steam and other popular PC launchers. When looking at it from the perspective of a consumer, they are simply offloading their PC gaming workloads to the cloud, but developers don't see it that way.

PC gamers purchase their games with the belief that they can play their games on any PC they want, and that includes a cloud-based PC. Unlike Stadia, Geforce Now is a PC gaming service, not a dedicated could console platform that requires porting or any developer-side software changes. PC gamers need to buy games to access them via Geforce Now, securing developers extra games sales through PC storefronts like Steam.

The problem with Geforce Now is that it doesn't support all PC games, as Nvidia's servers aren't large enough to accommodate every PC game in existence. Beyond that, gamers don't install their games on Geforce Now, Nvidia has them ready and waiting for PC gamers to start running. With Nvidia offering gamers a restricted library, shouldn't developers have a say on whether or not their games should be accessible on Nvidia's service?

Another factor is that Geforce Now's attempts to use existing PC games without the permission of developers stands in the way of developers creating exclusivity agreements with regards to game streaming and can harm the performance of mobile ports of popular PC titles. This is why developer consent is important for Geforce Now.

Geforce Now sits within a grey area, acting as a "PC on the cloud" service while also featuring content restrictions. PC gamers cannot access every PC game on Geforce Now, making the service a strange hybrid platform that sits somewhere between a normal gaming PC and a cloud gaming platform like Stadia.

While PC gamers should be able to access their Steam library on any PC they wish, including cloud PCs; developers should also be free to offer their content wherever they desire. It is debatable who is right and wrong in this situation. 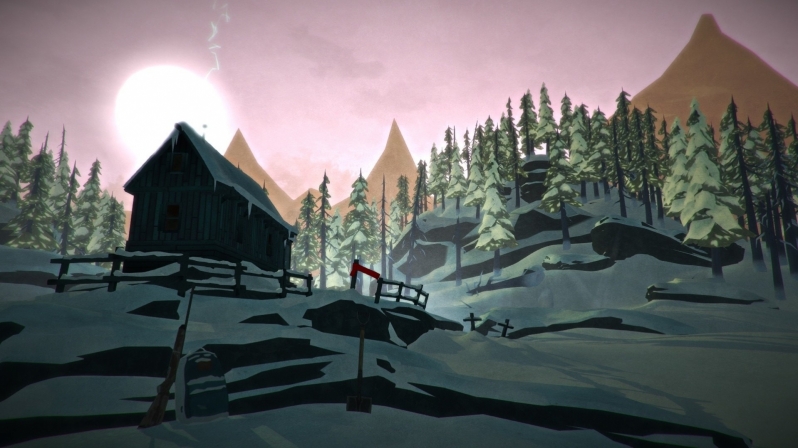 You can join the discussion on Nvidia removing "The Long Dark" from Geforce Now for not asking for the developer's permission on the OC3D Forums.

Billycar11
i think all this is nonsense if you own the game it does not matter how you want to play it. they should be happy it could cut down on piracy the gfn pc wont let you play games from unofficial sources.Quote
Reply