With Microsoft's Windows 10 May 2020 update, support for a new feature called "Hardware-accelerated GPU scheduling" has been added, giving graphics cards full control over their own memory pools.

This feature has the potential to enhance performance by decreasing system latency and providing more direct memory access. Support for this feature is available within Nvidia's Geforce 451.48 WHQL driver, allowing some systems to benefit from increased system performance when using supported graphics cards.

Furthermore, in addition to introducing support for DirectX 12 Ultimate, the Windows 10 May 2020 Update also added a new feature called Hardware-accelerated GPU scheduling. This new feature can potentially improve performance and reduce latency by allowing the video card to directly manage its own memory. 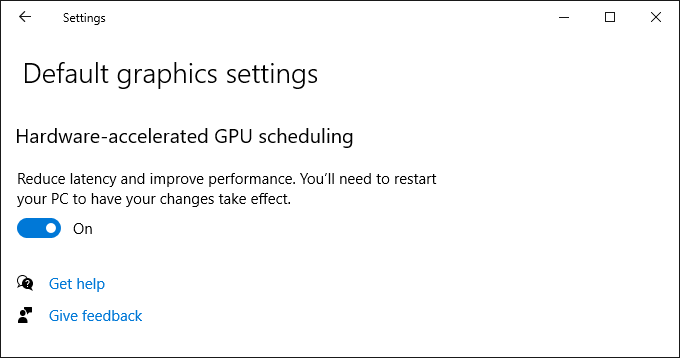 These newly-validated monitors give gamers even more choice when searching for a great gaming display. For a complete list of all G-SYNC, G-SYNC ULTIMATE, and G-SYNC Compatible gaming monitors, check out our handy and frequently updated G-SYNC page, which can be sorted and filtered, helping you quickly find the ideal display.

Game Ready Driver Updates Game Ready Drivers provide the best possible gaming experience for all major new releases. Prior to a new title launching, our driver team is working up until the last minute to ensure every performance tweak and bug fix is included for the best gameplay on day-1.

Changes and Fixed Issues in Version 451.48

As with every released driver, version 451.48 WHQL of the Release 450 driver has open issues and enhancement requests associated with it. This section includes lists of issues that are either not fixed or not implemented in this version. Some problems listed may not have been thoroughly investigated and, in fact, may not be NVIDIA issues. Others may have workaround solutions.

? [Notebook][H-Clone]: With the integrated graphics processor as the clone source, display settings cannot be changed from the NVIDIA Control Panel. [200594188]

- [Sunset Overdrive]: The game may display random green corruption if Depth of Field is enabled from in-game settings. [2750770]
- [VR}: HDCP errors occur with Valve Index VR. [2967616]
- [Call of Duty: Modern Warfare]: Color banding can occur in the game after enabling Image Sharpening from the NVIDIA Control Panel. [2889337/3028436]
- [Call of Duty - Warzone]: Freestyle does not work. (200593020) ? [Forza Motorsport 7]: The curb may display a black strip during a race on certain tracks. [2781776]
- [Zombie Army: Dead War 4][Ansel/Freestyle]: The Ansel & Freestyle tabs are unselectable. [2810884]
- [Tom Clancy's Rainbow Six Siege][Vulkan][G-SYNC]: When playing the game in Vulkan mode with G-SYNC enabled, flickering occurs after switching the game between full-screen and windowed mode.[200578641] To work around, either disable G-SYNC or play using an API other than Vulkan.
- [SLI][G-SYNC]: With multi-GPU and G-SYNC enabled, TDRs occur soon after launching an application. [200628981]
- [Notebook][The Witcher 3 WILD HUNT]: The game remains minimized when DDS switch is set to Optimus and Automatic, and cannot be restored to full screen. [200628973]
- [Notebook][H-Clone]: With the integrated graphics processor as the clone source, display settings cannot be changed from the NVIDIA Control Panel. [200594188]
- [Notebook]: Some Pascal-based notebooks w/ high refresh rate displays may randomly drop to 60Hz during gameplay. [3009452]
- [Notebook][G-SYNC]: Graphical corruption occurs when windowed G-SYNC+V-Sync is On while running applications in Clone/Duplicate mode. [200628911]
- [Notebook]: LVDS-display goes blank upon rebooting the system after driver installation on some systems. [200627952] 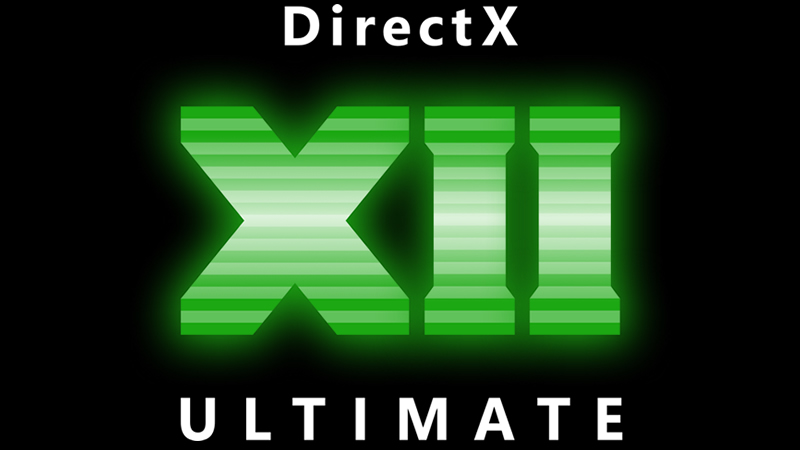 You can join the discussion on Nvidia's new Geforce 451.48 WHQL driver on the OC3D Forums.

golemka
Seeing this logo always reminds me of XIII, blind me.