Sales were 'evenly split' between PS4 and PC

Hellblade was a huge risk for Ninja Theory, releasing without a publisher while focusing the game's story on the subject of mental illness. Upon the game's release in August of last year, the game was an immediate hit across both PC and Xbox One, leading to the Hellblade winning five gaming BAFTAs around six months later.

Earlier this month, Hellblade: Senua's Sacrifice released on Xbox One and Xbox One X, bringing the award-winning game to a larger gaming audience.

In a recent interview with PC Gamer, Ninja Theory's chief creative director, Tameem Antoniades, stated that they didn't expect to see Hellblade sell so well on PC, or find so many players using mouse/keyboard controls for the title.

Ninja Theory primarily developed Hellblade: Senua's Sacrifice as PS4 title, expecting the majority of the game's sales on console. In time PC proved to be as popular as Sony's console, a change which will prompt Ninja Theory to focus more on PC moving forward, especially when it comes to controls.

We did see this as primarily a PlayStation 4 title, and we thought that platform would be the bulk of our sales, and in fact it was pretty evenly split,

So going forward, we will make sure that we get our interface and everything right for the PC audience as well. 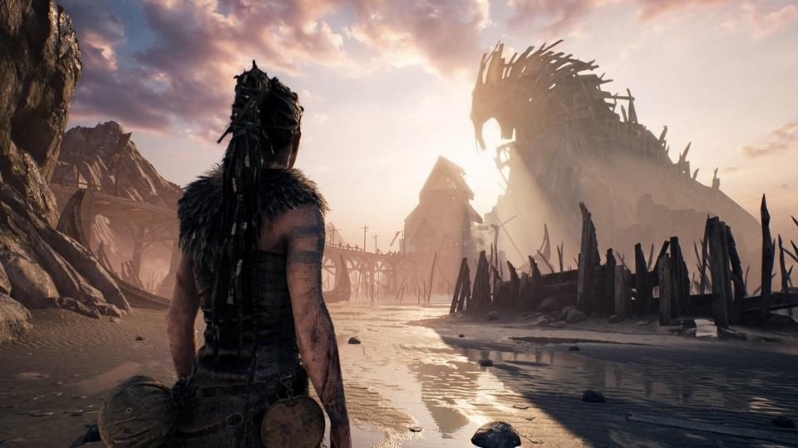 Hellblade: Senua's Sacrifice was one of 2017's gaming highlights, offering a unique atmosphere, unparalleled audio design and a compelling narrative and a sub-AAA price tag.

You can join the discussion on Ninja's Theory's surprise at Hellblade's success on PC on the OC3D Forums.

TheF34RChannel
Still on my list, how is the kb&m controls today? And how's the rebinding (I'm a lefty using the arrow keys or numpad area)?Quote

AngryGoldfish
Nothing against these guys because they're clearly very down to earth and passionate about their work, but I think it's kinda funny when game developers are surprised PC sales are so good. PC is the definitive way to game and has been for the longest amount of time. Why is it so surprising?Quote

NeverBackDown
Because people still believe all PC players do is crack games and download illegal copies...

Like sure it happens but not nearly as often as it used to be.

Besides with the modern PC gamer, if companies are honest and clearly not trying to rip you off or shortsell you, people tend to want to support you and buy your game.Quote

AngryGoldfish
Quote:
I haven't not paid for a video game... ever. I've never once downloaded an illegal copy of a game, as far as I can remember. Other things I might have, but not a game. I'd agree; illegal downloading is not as common as some think.Quote

Greenback
If i'm not sure if I'd like a game or not I'll play a demo or get a copy and try it, if I like it i'll buy it, watching on YT isn't always the same as playing it yourselfQuote
Reply