It isn't exactly paid mods, but at least the Nexus is trying to give back to its community

The term "Paid Modding" is currently a toxic phrase amongst many hardcore gamers, with many believing that mods should be free to users while many others express their desire to see modders paid for their work. The idea of paid modding is a contentious issue, especially when it comes to Bethesda games and Steam's failed Paid Mods system.

Traditional donations systems for modders have existed for some time, though only a fraction of users participates in these systems, preventing modders from gaining a meaningful income from their content. Nexus Mods is now set to give their community of modders more, with plans to introduce a Donation Points (DP) system in early 2018.

This system will be funded by both Nexus Mods and their users, with Nexus donating between $5,000 and $10,000 (at their discretion) with users being able to give to the pool if they wish. Nexus Mods' traffic and earnings are highly variable, which is why Nexus Mods will not be providing a fixed amount every month.

Below is part of a statement from Nexus Mods' ownerRobin Scott (known as Dark0ne online), who states that this system is a way for both Nexus Mods and their community to give something back to modders. For most modders, the earnings from the DP system will be small, though the website plans to allow DP to be redeemed for cash (via PayPal), voucher and potentially games and hardware if game developers or hardware manufacturers support the system.

While a few of the developers continue to work on the new site design, fixing up bugs, improving page load time performance and responding to useful critiques and suggested improvements to the UI and UX from users, I wanted to take some time out to announce a new feature that a few of our other developers are currently working on that we plan to launch in the first quarter of 2018. A new year's resolution of sorts, if you will.

The new functionality I want to talk about today is something I've wanted to do for a long time. Indeed, I initially pitched this idea in the mod author forums back in August to gauge user response and receive feedback from the users who would benefit from the system. Once you initially read what it is, you'll likely realise it's a contentious issue. Please ensure you read all the way to the end before you leave a comment, as it will answer a lot of questions!

To cut a long story short…

We are working on a Donation Points system on Nexus Mods that mod authors will be able to accumulate, through unique file page downloads, that can then be redeemed for rewards through a storefront style system.

Let me cut to the chase and clarify right now that this system definitely isn't going to let any mod author quit their day job. However, it should fulfill that original wish many mod authors have expressed for years now of wanting at least a little something tangible back from their modding hobby, even if it's just some recognition and a couple of free coffees/beers each month to keep them topped up while they're working on their mods.

On a personal level, I've been wanting to find a way to personally donate to mod authors past the occasional donation I throw out to mod authors whose mods I use, from Nexus Mods to you, for a long time now, and this seems like the best way of going about doing that in as fair a way as possible.

At the end of the day, this is going to be a way for Nexus Mods, and the users of Nexus Mods, to donate to and thank all the mod authors on Nexus Mods collectively.

Creators on Nexus Mods do not need to take part in this system, with Nexus making this system Opt-in only. At this time the entry requirements for this system are unknown, and Donation Points are designed to be shareable between users or split between modders for collaborative projects on mods that rely on code from other modders.

Nexus Mods has stated that it will do whatever it can to prevent fraud within the system, each month's DP point payout will occur after a three-month delay to ensure that potential conflicts are resolved before modder receive a donation from the system. The system is explained in more detail here. 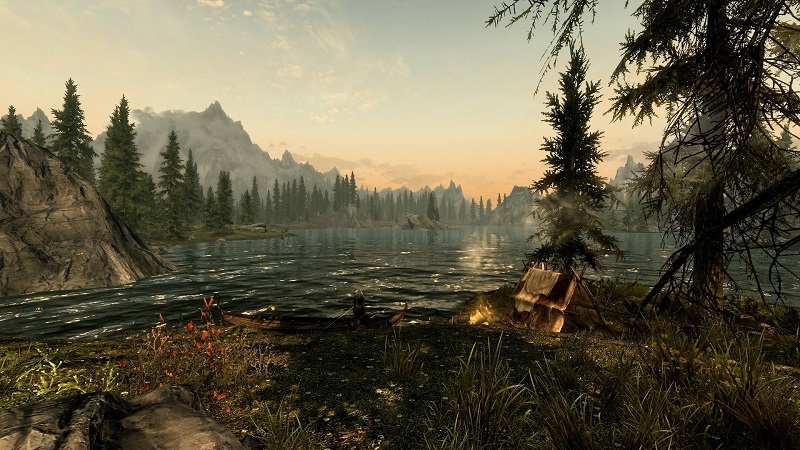 Nexus Mods has also stated that they will disable this system on select titles if the developer of the original game has an issue with it, with Nexus explicitly mentioning Bethesda, who have their own Paid Mods systems in The Elder Scrolls V: Skyrim- Special Edition and Fallout 4. Understandably, Nexus Mods wants to avoid legal issues if possible.

With this new system, modders will gain more Donation Points if they have a large number of unique downloads for their content on Nexus Mods, turning the system into a popularity contest. When split between the thousands of mods on the Nexus this system is unlikely to earn any modders a vast sum of money, though it will at least be enough to purchase a lot of coffee or a few beers for their work.

You can join the discussion on Nexus Mods creating a "Donation Points" system to pay modders on the OC3D Forums.