News for The Elder Scrolls VI is "years away", says Bethesda's Pete Hines

Don't expect to hear about the game anytime soon

News for The Elder Scrolls VI is "years away", says Bethesda's Pete Hines

It has been almost two years since Bethesda revealed The Elder Scrolls VI, Bethesda's planned successor to Skyrim and perhaps one of the most highly anticipated RPGs of the next generation.

In a recent Tweet, Bethesda's Pete Hines confirmed that the company had no plans to release any more information about The Elder Scrolls 6 in the near future, stating that the company will discuss Skyrim's successor after Bethesda "Starfield".

Starfield is Bethesda Softworks' next big RPG, starting the first new franchise for the company in 25 years. At this time, little is known about Starfield, so it makes sense for Bethesda to be focusing on that game right now. Hines has stated that gamers should expect details about The Elder Scrolls VI "years from now", and that gamers need to "properly manage your expectations".

So why did Bethesda reveal The Elder Scrolls VI at E3 2018?

If Bethesda isn't ready to talk about The Elder Scrolls VI in 2020, why did they reveal the game at E3 2018? The answer to this question is simple; they needed to reaffirm their commitment for the singleplayer RPG genre after the reveal of Fallout 76.

At this time, Starfield was not late enough in its development to properly showcase, and Bethesda needed something positive for fans to talk about. With Bethesda's latest entries into The Elder Scrolls series being Legends, an online card game, and Blades, a Mobile-only game, it only seemed right for the company to discuss the next main series entry for the franchise. The problem is that the game's development had only started, making it way too early to start talking about the game publically. 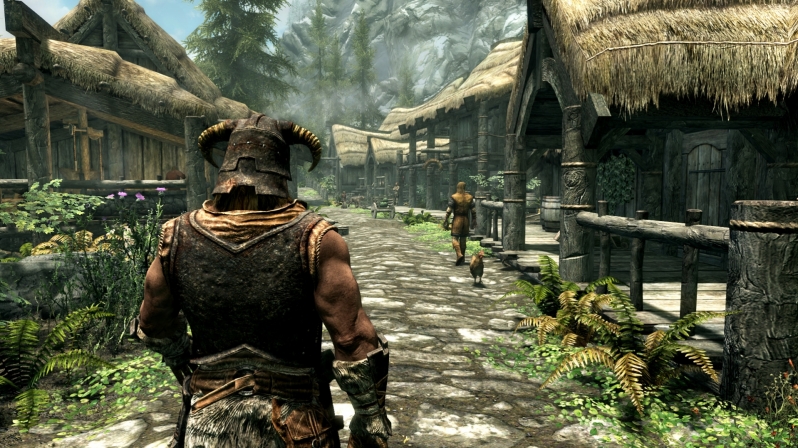 You can join the discussion on The Elder Scrolls VI news being "years away" on the OC3D Forums.

Dark NighT
All i will be expecting from this game is a lot of bugs and a horrible old engine that needs to be taken behind the shed and shot, but you know, Bethesda does what Bethesda does best, pretend it still has magic in it.


Sorry bit rambly, Bethesda lost all of it's credibility and anything they make i expect to be more of the same.Quote

AlienALX
Their dev cycle is around 5 years. However, they are working on something else ATM? Star something?

NeverBackDown
It'll have crappy graphics and need mods to make it enjoyable.Quote

looz
Maybe they'll go big on VR this time instead of the mod quality implementation found in Skyrim and FO4 VR. They clearly recognise the potential of an immersive RPG in VR.Quote

Mr. Smith
I'm hopeful it won't be a pile of turd as I loved Skyrim. We'll seeQuote
Reply