Another look at BIG NAVI

Next month, AMD plans to launch its RX 6000 series of graphics cards, bringing to the market their RDNA 2 architecture and one of the company's largest generational leaps to date.

Yesterday, AMD teased their RX 6000 series cooler for the first time, but thanks to JayzTwoCents, has unleased additional images of this cooler design onto the web. In addition to this, we have a look at a dual-fan variant of this new heatsink design, which will allegedly be used to create lower-end RDNA 2 graphics cards.

The Radeon RX 6000 series is due to be revealed on October 28th, two weeks before the launch of Microsoft's Xbox Series X/S consoles. Both the PlayStation 5 and Xbox Series X/S utilize semi-custom versions of AMD's RDNA 2 architecture, a point which will be highlighted by AMD's marketing department heavily. RDNA 2 is the architecture that powers next-generation gaming, and AMD will market that point as hard as they can. 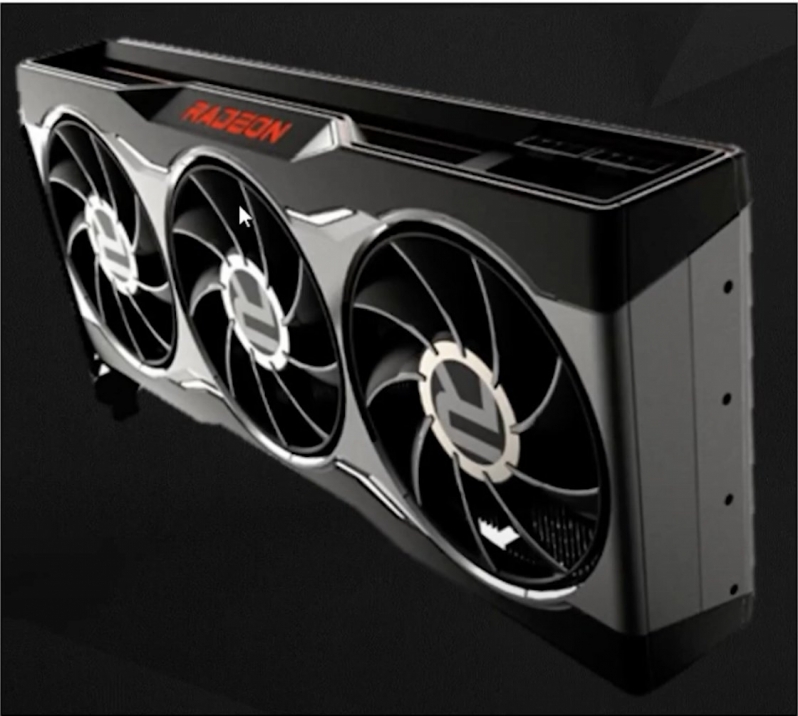 This cooler design looks a lot like what Nvidia delivered in 2018 with their RTX 20 series of Founders Edition products, though it is worth noting that AMD is using a custom fan design and uses a shrouded design that's unique to Radeon. 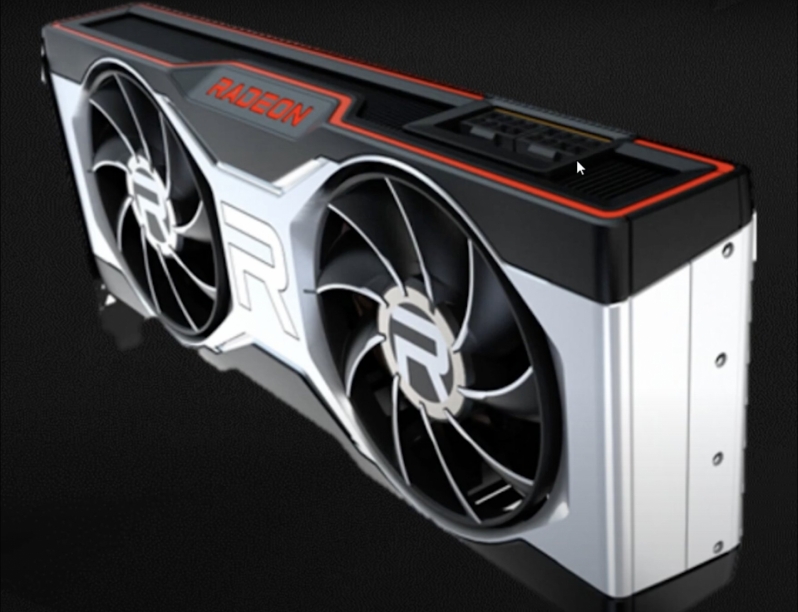 You can join the discussion on AMD's leaked Radeon 6000 series images on the OC3D Forums.

Dicehunter
The 6900XT shall be mine, Or whatever they call their top of the line card.Quote

Dicehunter
According to the Fortnite teaser AMD did in partnership with Epic, This is the top and IO of big Navi, It's been confirmed USB Type C is on the IO.

AlienALX
I'm not with Jay on this *at all*.

So yeah, it's a bit garish in places. However, nicked 2080Ti similarity ignored i think it looks very futuristic. And, it looks nicely made too.

I quite liked the brick cooler on the 7 and the Frontier card. Just a shame they were crap at cooling.

I am pretty much certain we will see all kinds of coolers (the usual) from the AIBs also with their taxes.

Dice watch the Jay video in the link. He shows the actual real card.

However once again he is wrong. "The Vega 7 was AMD's first step away from the blower with a triple fan design". Um no, hedgehog it wasn't and it's statements like this that made me remove my sub.

The funny part is that it looks eerily similar to the 7 cooler, only without the alu shell. Makes me wonder if they dug one out, took off the cooler, hacked it around with a Dremel and then called it.Quote
Reply