Need for Speed: Payback will soon have an Online Free Roam mode

This feature really should have been in the game at launch

Need for Speed: Payback will soon have an Online Free Roam mode

Back in November EA releases Need for Speed: Payback, a game that has that was hidden from the spotlight by Star Wars: Battlefront II but remained equally marred by a similar loot box based progression system. Since the game's release, the title has been updated several times to make the game more appealing to players, with changes to in-game progression and item acquisition remaining the highlight of most of the game's patch notes.

One thing that also disappointed fans was the game's lack of an online free roam mode, preventing friends from travelling around Fortune Valley together despite the game's numerous online elements. Right now the only time where players can wander the game's world with friends is when they are all waiting in a multiplayer lobby, preventing any meaningful amount of tomfoolery from taking place before players are forced into an online race.

EA has confirmed that a Free Roam mode will be coming to Need for Speed: Payback in a future update, though sadly no release date or specific information about the mode has been released to the public. These details are expected to be released within the coming days or weeks. 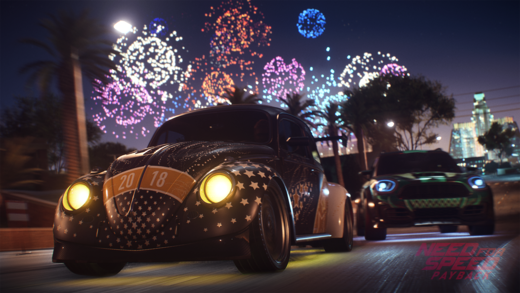 While this new mode will not fix all of the game's problems, it will give existing players a neat new way to interact with friends or other players. This update will be coming to Need for Speed: Payback on all platforms.

You can join the discussion about Need for Speed: Payback's upcoming Online Free Roam mode on the OC3D Forums.

cj09bruno
this is what happens when alphas are released as a final product.
it seems i wont buy another EA game anytime soonQuote

The_Governour
Lel..... this is why i never pre order or by any games from EA or Ubisoft untill at least 6 months later from launch.Quote