Earlier today, Mount and Blade 2: Bannerlord released on PC, and the game has already proven to be a huge success, exceeding 160,000 players within six hours of the game's release.

That's a huge number, and is enough to make the early access game the 5th most played game on Steam, with CS:GO, DOTA 2, PUBG and GTA V being the only games with higher concurrent player counts at the time of writing. That's insane!

This number is due to increase as the day marches on, and more PC gamers are able to download and run the game on their systems. Right now, early purchasers will be able to purchase the game with a 10% discount, making the game £35.99 on Steam.  Better yet, owners of older Mount and Blade titles will receive an additional 10% discount.

TaleWorlds announced Mount and Blade II back in 2012, making this early access release something that's seven years in the making. In the game's campaign, players can travel the world, get into fights, manage their provinces and more. In multiplayer, gamers can also try to take on rival players across several game modes, which will allow you to take on your enemies with or without the support of an army. 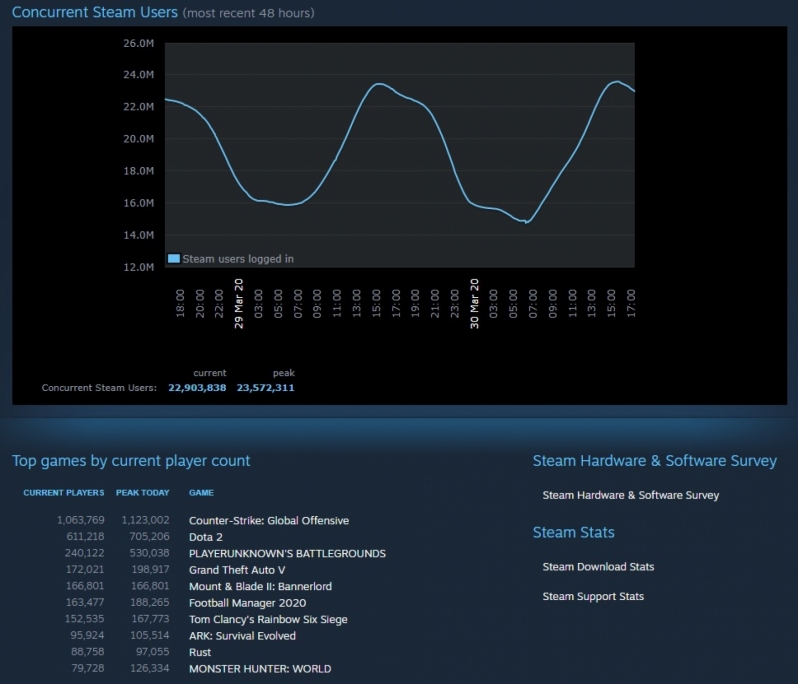 You can join the discussion on Mount and Blade 2: Bannerlord's early success on the OC3D Forums.

NeverBackDown
It also helps everyone is still at home so they get that benefit. Haven't bought it yet but man watching all the multiplayer and single-player stuff game looks great.Quote
Reply