Epic Games did not know the child's age before the lawsuit

Last month, Epic Games started a legal battle against several Fortnite cheaters for copyright infringement, stating that the accused were responsible for losing the company money by ruining the experience of other players.

Epic Games claimed that some of the accused were associated with a website called "Addicted Cheats", a supplier of cheats for several online games, which includes Epic's Fortnite. One of these cheaters turned out to be a 14-year-old boy, a Fortnite Cheater that repeatedly cheated in the game using multiple accounts and created a YouTube video which showed other users how to cheat in the game, while also soliciting donations for his YouTube channel.

This child was banned from Fortnite at least 14 times since he started playing, merely creating a new account every time Epic Games slammed the ban hammer.

The mother of this child has now sent a letter to the courts stating that Epic Games is attempting to sue a child, saying that the company has no right to sue her son. She accuses Epic Games of using her son as a scapegoat and claims that they are not able to prove that the child infringed on their copyright, as he did not create the cheats himself or show that he has lost the company any money.

In the letter, the mother also accuses Epic Games blaming her child for their inability to stop those who created the cheats in question. The mother believes that Epic should be suing the creators of these cheat codes, not the users. (Her full letter can be read here, via TorrentFreak)

It is my belief that due to their lack of ability to curve cheat codes and others from modifying their game, they are using a 14-year-old child as a scape goat to make an example of him.

What complicates this issue is the reason for this lawsuit, as it arose after the child filed a DMCA counterclaim via YouTube after they issued a takedown of his videos which advertised and promoted the use of cheats and exploits in Fortnite Battle Royale. This forced Epic Games to either sue the YouTuber or allow these videos to remain online, with Epic Games choosing the former. Below is a statement from Epic Games as given to Eurogamer.

This particular lawsuit arose as a result of the defendant filing a DMCA counterclaim to a takedown notice on a YouTube video that exposed and promoted Fortnite Battle Royale cheats and exploits. Under these circumstances, the law requires that we file suit or drop the claim. Epic is not okay with ongoing cheating or copyright infringement from anyone at any age. As stated previously, we take cheating seriously, and we’ll pursue all available options to make sure our games are fun, fair, and competitive for players. 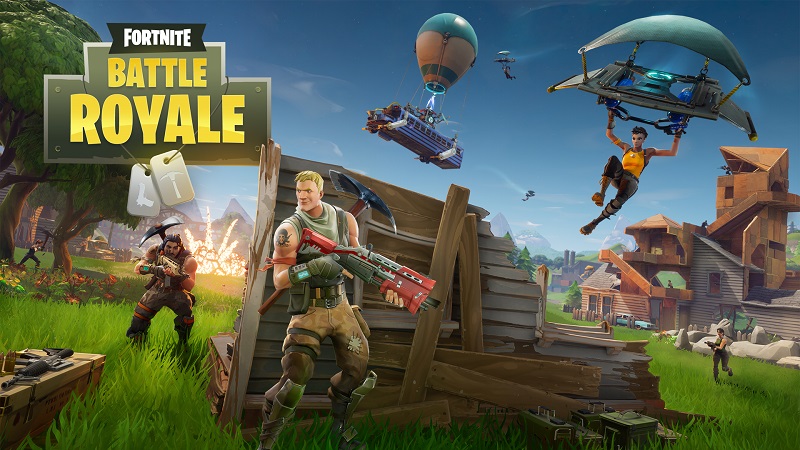 The big issue here is that the defendant did not create the cheat codes he used within Fortnite and neither did he make any money from his YouTube videos directly, though he reportedly asked for donations. The child has obviously done wrong here by promoting cheats for an online game, though this legal case is anything but clear-cut.

Technically speaking, Epic Games cannot sue a minor, leaving the company with a choice to drop the lawsuit or to continue this legal battle via whatever means are available. The child's mother is seeking to get this case dismissed by the courts, stating that “the infraction does not equate the suing of a minor by a major gaming company”. For now, it is unknown how this legal battle will commence, though it is likely to get a very messy.

You can join the discussion on Epic Games suing a 14-year-old Fortnite cheater on the OC3D Forums.

TheF34RChannel
Still being breastfed as well I reckon...Quote

Yeah because professional software developers don't know how to implement a basic feature. Maybe she should give alternatives if she's so smart? Yeah next time you have to enter your Social security number or your birth certificate. Seems WAY more reasonable than opting to NOT enter that and let people play farily.

It pi$$es me off that I've seen on FB and everywhere else how Epic is in the wrong because he's a child. Um news flash people you could be a 4 year old genius for all I care. If you are cheating and doing illegal things after being warned, you deserve punishment. Does this kid deserve prison? No. But he has earned a massive fine and should do tons of community work.Quote

AlienALX
FFS he is just a kid. Kids do stupid things like that. Who hasn't stuffed a couple of pinkies ($500) under the Monopoly board before?

When I was a kid they sold you cheat devices, FFS. Seriously I am getting so sick of the way the world is going.Quote

Kleptobot
Sue the little ba$tard, too many self indulgent people. This might make him realize there are consequences for selfishness.Quote
Reply