Mortal Shell's gets a release date in its latest trailer

The game's coming to PC, PS4 and Xbox One this month

Mortal Shell's gets a release date in its latest trailer

Cold Symmetry has confirmed in their latest game trailer that Mortal Shell will release on PC, Xbox One and PlayStation 4 later this month, launching on August 18th.

Mortal Shell was one of the highlights of E3 2020's replacement events, offering gamers a different take on the Souls-genre by offering gamers more combat variety with each playthrough.

While the game's inspirations are obvious, Mortal Shell is more than just a simple Dark Souls clone. As the name suggests, the game's mechanics are tied to the player's Mortal Shell, a lifeless spirit form which players can occupy to enable class features and other abilities. This mechanic means that players can assume multiple forms throughout the game and explore a wide range of potential fighting styles.

In combat, players can be forced out of their Mortal Shell and into your character's original form. In this form, players are one hit away from death, a factor which will make players quickly jump back into their old shell (if possible) or retreat to occupy a new one. Players will only be able to re-occupy a shell a certain number of times, and the more time spent in a single shell will unlock upgrades.

On PC, Mortal Shell will release first through the Epic Games Store, with the game having a planned Steam release in 2021. The game is also due to release on PlayStation 5 and Xbox Series X later this year.

Graphically, the game features smooth animations and excellent lighting effects. At this time it is unknown what resolution or framerate the game will target on consoles.

On PC, Mortal Shell will be exclusive to the Epic Games Store, at least initially, and require a powerful PC to operate at the game's highest settings. Storage-wise, the game's developers recommend an SSD for game storage and 16GB of system memory. These requirements will become a lot more common as we enter the next generation of gaming.

You can join the discussion on Mortal Shell's release date on the OC3D Forums. 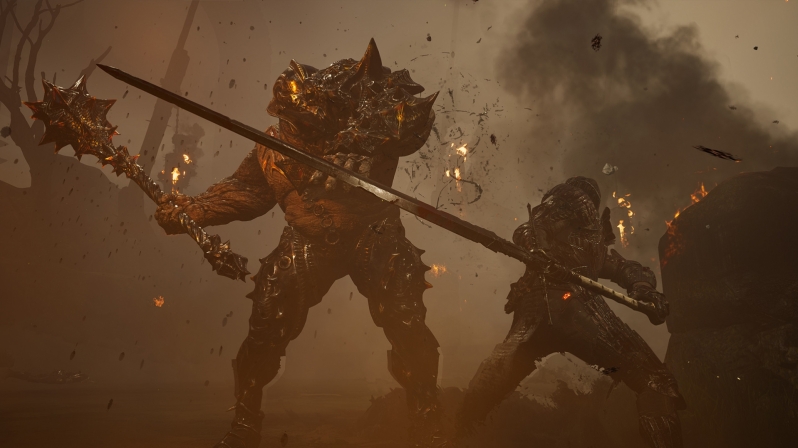