4A Games have today released the Exodus SDK to PC gamers, allowing owners of Metro Exodus on PC to create content using the full editor that was used to create Metro Exodus. This includes the creation of standalone content, and mods for Metro Exodus itself.

Below is what 4A Games has to say about their new Exodus SDK.

We’ve heard your requests for things like mod support and, to be honest, we always wanted to do this, it’s just never been realistically possible until now. Over the years, we’ve seen so many Metro mods or themed levels created with other engines, but now we give you a chance to fulfil all your Metro wishes in the very engine where Metro was born.

We’re thrilled to pull back the curtain and release Exodus SDK for you all to play with for free! To run it, you just need to have Metro Exodus (2019) or Metro Exodus Enhanced Edition installed on your machine. This isn’t just simple mod support – we’re giving you our full Editor as it was the day we released Metro Exodus, with the ability to create standalone content run from a basic executable. We’ve integrated Mod.io support, so it’s really easy to manage and share your content. If you also know visual script, our Visual Script Editor leaves the doors wide open with possibilities, so get creative! Along with some tutorial levels and as an example of a fully featured, shipped level, we’ve included a full unpacked Metro Exodus sandbox level for you to tear apart using our tools. Feel yourself a 4A Games team member – we’ve provided you with everything our Designers, Artists, and Animators have access to!

There are a few things to note in the EULA (boring), but the main stuff you must keep in mind includes this – you can’t use it for commercial purposes, share it behind a paywall, or sell anything you make with it. We’re not looking to enter the engine licensing business, this is purely something meant for the community, and we hope you get inspired to create some really wild things.

We’ve been building this engine since the studio opened in 2005, and it’s seen a lot of iteration and improvement over the years. It’s still not perfect, and we continue developing it daily, but we’re really proud of our team’s efforts and we hope that you’ll enjoy getting your hands dirty with it. 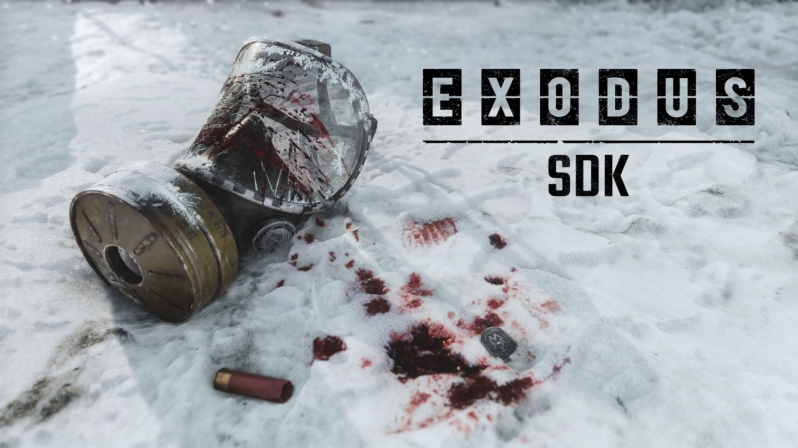 4A Is not getting into the engine licensing business

4A Games have been clear that their Exodus SDK is not to be used for commercial purposes, which means that content that is created using the SDK is not to be sold, or placed behind a paywall. The editor is for community use and is designed to inspire Metro fans to create "really wild things".

The editor can be used to revamp Metro Exodus' content, release all new content, or even be used to create entire campaigns or full games. The sky is the limit with Metro's new Exodus SDK, and we look forward to seeing what modders create with it.

You can join the discussion on 4A Games releasing the Exodus SDK on the OC3D Forums.