Minecraft Dungeons has been delayed until May

Remote working has slowed down the game's development

Minecraft Dungeons has been delayed until May

Minecraft Dungeons, the Isometric Dungeon Crawler, has been delayed until May 26th, with the game's developers citing the Mojang's change to a work-from-home as the primary reason for the game missing its planned April release date.

The game is due to release on PlayStation 4, Xbox One, Switch and PC (via the Microsoft Store), offering a new take on Minecraft's blocky world. Global destruction and reconstruction are gone, turning the game from a building game to a hack-and-slash. The game's blocky characters will give the game a more family-friendly feel than titles like Diablo.

Unlike other recent releases from Microsoft-owned developers, Minecraft Dungeons isn't due to release on Steam, remaining exclusively on the Windows Store and Xbox Game Pass.

The delay of Minecraft Dungeons ensures that Mojang's latest release isn't rushed out the door. With the current working situation of many game developers, more and more games will likely be delayed due to the COVID-19 epidemic, which has forced many companies to adopt a work-from-home strategy. 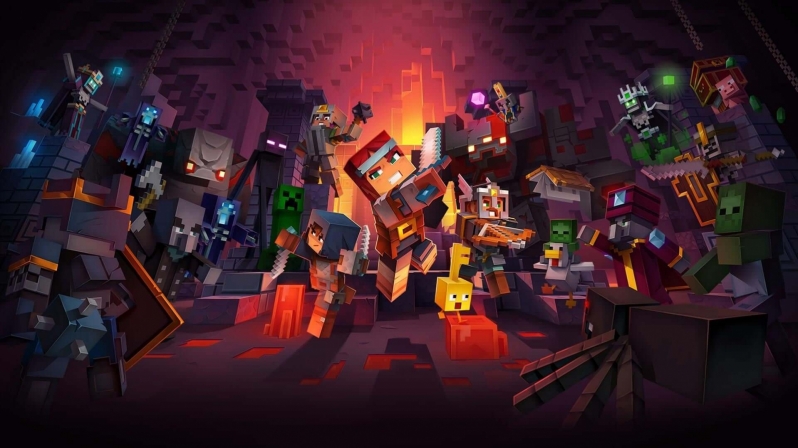 You can join the discussion on Minecraft Dungeons being delayed until May on the OC3D Forums.