Middle Earth: Shadow of War has been officially delayed by Monolith Entertainment, who now plans to release their game on October 10th.
Originally Shadow of War was set to release on August 22nd, bringing with it an upgraded version of Shadow of Mordor's Nemesis system and a scale that is many times larger than the original. In this game, players will be building an army to challenge Sauron, while protagonist Talion and Celebrimbor attempt to create a ring of power that can challenge Sauron's ring of power.

Below is Monolith's official statement on Shadow of War's delay, saying that this delay will help the developer to meet this releases high expectations.

We understand that it might be disappointing to have to wait a little longer for the release and are sorry for the delay, but we are working hard to make an amazing game. We’re excited to show more at E3. 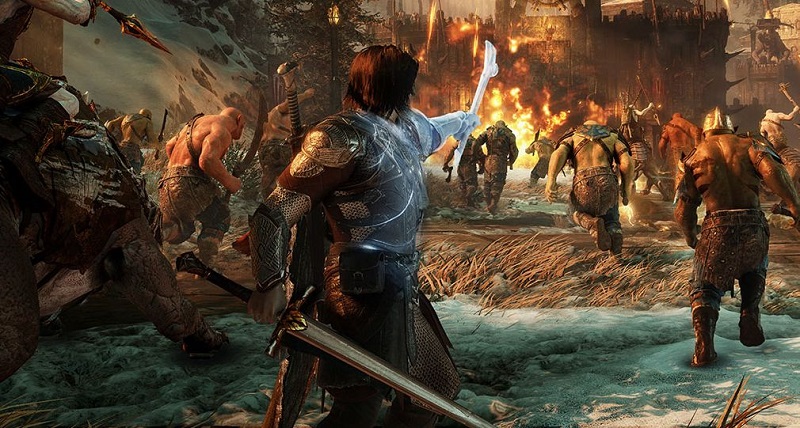 This game will be releasing on PC, Xbox One and PS4, with the game coming to both Steam and the Windows Store on PC.

You can join the discussion on Middle Earth: Shadow of War on the OC3D Forums.

NeverBackDown
Was literally about to post this in the Quick news section as I just saw it on there FB page.

I'm extremely disappointed. Now it will release during school time for me which means I'll barely have time to play it until January.

The extra time better be worth it. 2 months is quite big delay so we better see some solid optimization and overall bug free game. They have already said about a month ago they are in a optimization state on the whole game. So they better hold up to that.Quote

Dicehunter
Well they did say a few weeks back that they need to get this one spot on or they are doomed.Quote

Bartacus
Considering this is supposed to be a lot bigger than the original, this isn't surprising. I appreciate companies that take the time to do it right.Quote

NeverBackDown
Quote:
I'm pretty sure they meant that if it wasn't as big of a sell as they hoped it would mean no more Tolkien video games and no more RPG style game.


Quote:
I don't think I would consider this a delay. I feel like the game was leaked way way earlier than they wanted and they felt like it forced there hand and the launch date. October I feel like was a date they probably felt more comfortable with from the get go. If you watched their streams they constantly say they have so much work to do. So to methis isn't surprising. Still sucks though.


EDIT: I just relaized something. They probably released it due to maybe a partnership with MS. My reason for that is the Scorpio is supposed to launch in the Fall, and seeing as this game is amongst the first to be released(well not sure anymore since many games launch in Oct) that would take advantage of the Scropios(and PS4 Pro) hardware, it could be a Xbox Bundle game for the launch of Scorpio. This also makes sense since Xbox doesn't have any exclusives like Halo to launch alongside it, so a game that takes full advantage of the Scorpio would definitely be in MS's interest. If this is not the case, then Monolith really hurt themselves here. With so many BIG BIG franchises launching this holiday and the first AC game launching in 2 years, they are going to have some serious competition.Quote

AngryGoldfish
I don't mind. This game will sell hugely if it delivers on what it is offering.Quote
Reply