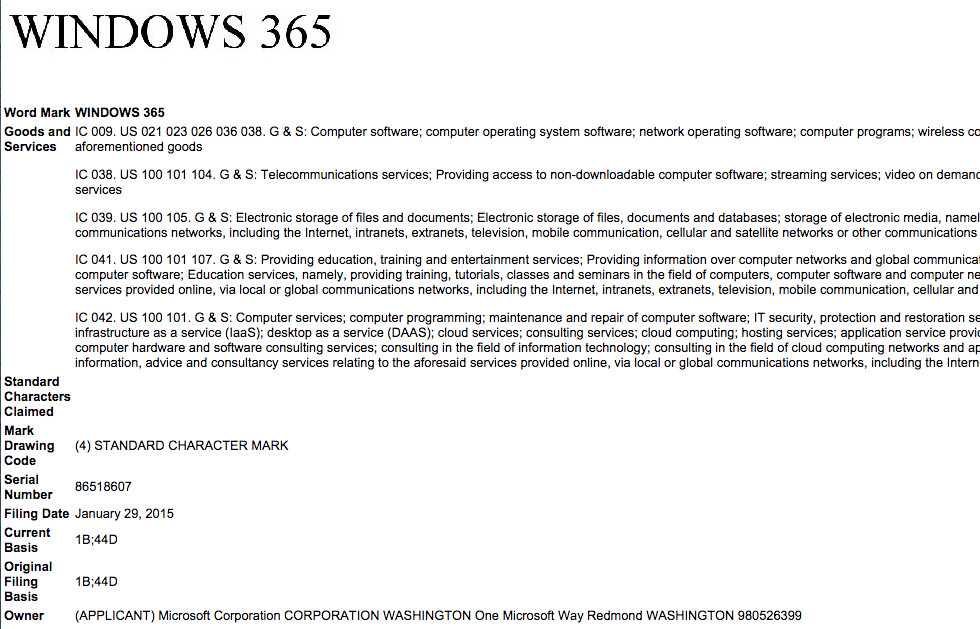 Last month, Microsoft announced Windows 10 will be free for 'everyone' currently using Windows 7 or 8.1 (excluding Enterprise-users), and now they might even start offering subscription-based Windows, making Windows 10 more accessible to new users than ever. Nothing has been confirmed as of yet. However, Microsoft's Executive Vice President of Operating Systems, Terry Myerson, has stated Microsoft plans on offering 'Windows 10 as a Service'. Myerson later stated that he referred to the free upgrade when saying that, but it's possible that he accidentally said something he shouldn't have said.

Either way, a subscription-based Windows isn't unlikely. However, it might not become popular with the upcoming free upgrade to the OS. What do you think, will this hit the market? Let us know.

Join the discussion on Windows 365 Trademarked by Microsoft on the OC3D Forums.

ShaunB-91
Personally I would be happy to pay a subscription for Windows 10. It would need to be a reasonable price though, I wouldn't be happy in paying another smartphone price just for Windows.

I do atm pay for MS Office monthly, I just find it easier paying them £7 a month than a hundred or more etc. (whatever it costs atm)..

I would want to know first though, is it going to be a subscription for ONE copy of Windows 10, or can you format over and over and keep using the same key. Do you get say two systems in the subscription price? That is where Windows really bugs me, buying it for one system, format then need to faff about again.Quote

NeverBackDown
It will probably not include the OS. It would probably include all the extra software they make for all devices you could use it on. Can be on a Desktop/laptop/phone/tablet.Quote

Moonchild
I don't like subscription based software that actually doesn't have any server maintenance costs. ( I mean it's not a cloud application ). No, they just want to take even more money from us for a OS that actually doesn't deserve them. I just hope there will be a one-time-buy option too. And they sould also make it so I can transfer my windows key to any device I want, that actually makes sense. I really don't like Microsoft's marketing strategy, it indicates that they value their customers really low, and they treat their developers badly. They actually sell a bad OS for a heck lot of money and a office suite that does everything any other suit does, for a heck lot of money too.Quote

Pr3d4t0r
I'm thinking Microsoft will want to try go full cloud based OS, allowing being accessed across multiple devices and systems. Most likely will include office 365 as well.Quote

NeverBackDown
Quote:
A lot of claims for something not even out yet. All i'm reading here is biased speculation. Nice dude.

FYI if they allowed you to transfer the windows key to any device it sort of renders it useless and they would make next to nothing.. and again fyi you can transfer any non oem windows PC key to any PC but it can only be activated on one device at one time. All other installs with the key become non genuine.Quote
Reply