Microsoft Studios has been rebranded to Xbox Game Studios

Microsoft is intensifying its focus on gaming

Microsoft Studios has been rebranded to Xbox Game Studios

In recent years, Microsoft has intensified its focus on the gaming market, bringing several new developers under the Microsoft Studios banner while bringing every new Xbox exclusive title to PC gamers through the company's "Xbox Play Anywhere" program.

Moving into 2019, Microsoft has decided to rebrand Microsoft Studios, changing the group's name to Xbox Game Studios, focusing the group on its core gaming audience with plans to release a range of new games and content updates throughout 2019.

At Xbox, we believe when everyone plays, we all win. It’s why we’re passionate about building a portfolio of games for players across console, PC and mobile. As we’ve expanded our focus beyond the console, the Xbox brand has also evolved from its original roots. Today, Xbox is our gaming brand across all devices, no matter how or where you want to play, or who you want to play with.

In that spirit, I’m pleased to share that we are changing the name of our game development organization from Microsoft Studios to Xbox Game Studios.

2019 is going to be a great year for Xbox gamers everywhere. Exclusive games including Crackdown 3, Gears 5 and Ori and the Will of the Wisps will be available to Xbox Game Pass members on the same day they launch worldwide. We’re also working to deliver big content updates for games like Sea of Thieves, Forza Horizon 4 and Minecraft that players are going to love. 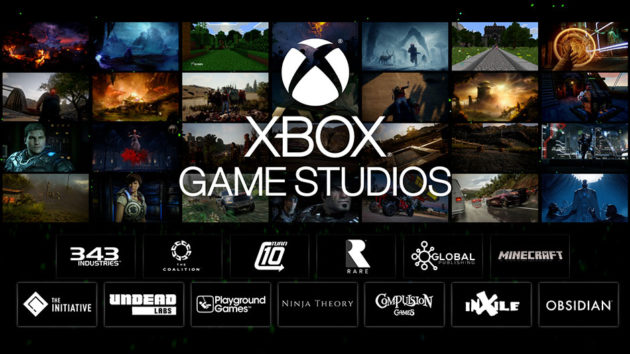 Moving forward, Microsoft plans to deliver a diverse lineup of Xbox exclusive games, giving gamers more reasons than ever to integrate into the Xbox ecosystem. Thankfully, PC gamers on Windows 10 will receive access to these Xbox exclusive titles through the Xbox Play Anywhere program, which means that PC users will not need to invest in Xbox hardware.

You can join the discussion on Microsoft Studio's getting rebranded to become Xbox Game Studios on the OC3D Forums.

Warchild
now please finish of fable legends. It had promise

Daiyus
I'm glad to see a continued focus on supporting PC players. While the Microsoft Store has its issues, being able to play what would once have been console exclusives on PC is nothing short of amazing for me, especially as I grew up on consoles and still have soft spots for those series. Now when are we getting a Crimson Skies remaster?Quote

WYP
Quote:
Yeah, strangely enough, Forza Horizon 4 turned out to be one of my highlights of 2018, despite the fact that I don't normally like racing games. Very well built and it really captures a level of "fun factor" that I haven't had in a racing game since the PS2 era.

The Xbox Play Anywhere program is a great thing for PC gamers.Quote

Dawelio
Quote:
Right... So I’m not entirely sure if their store is entirely console games or not, but if they are now actually focusing on ”gaming”, then perhaps ”Microsoft Game Studios” would have been more appropriate in my opinion.

Going with ”Xbox Game Studios” sounds like they are locking it down to Xbox games only (again, as mentioned, not sure if they are solely console games or PC as well here).Quote

tgrech
Quote:
There are many PC games but they've had the Xbox brand firmly planted in PC gaming for about 6 years now. As recently announced, Xbox is now a fully cross-platform gaming service, with the Xbox SDK supporting Switch, iOS & Android so far, besides obviously PC.

Xbox is being repositioned as a platform agnostic gaming service, with streaming to essentially any system coming this year.Quote
Reply