GitHub will continue to operate independently

Microsoft has officially confirmed that they have reached an agreement to acquire GitHub, the world's top software development and collaboration platform, for $7.5 billion in Microsoft stock.

Together, Microsoft seeks to empower developers and accelerate the adoption of GitHub within the enterprise market, hopefully bringing Microsoft's development tools to new audiences. Microsoft currently expects the acquisition to be completed before the end of 2018, pending regulatory approval.

After the acquisition is finalised, GitHub will continue to operate independently from Microsoft, with developers continuing to be free to use whichever programming tools, languages and operating systems they choose. Microsoft says that they are committed to maintaining GitHub's developer-first ethos.

GitHub will retain its developer-first ethos and will operate independently to provide an open platform for all developers in all industries.

Microsoft's Corporate Vice President Nat Friedman will assume the role of GitHub's CEO, with GitHub's current CEO, Chris Wanstrath, becoming a technical fellow at Microsoft. Below is a comment from Chris Wanstrath;

I’m extremely proud of what GitHub and our community have accomplished over the past decade, and I can’t wait to see what lies ahead. The future of software development is bright, and I’m thrilled to be joining forces with Microsoft to help make it a reality.

Their focus on developers lines up perfectly with our own, and their scale, tools and global cloud will play a huge role in making GitHub even more valuable for developers everywhere. 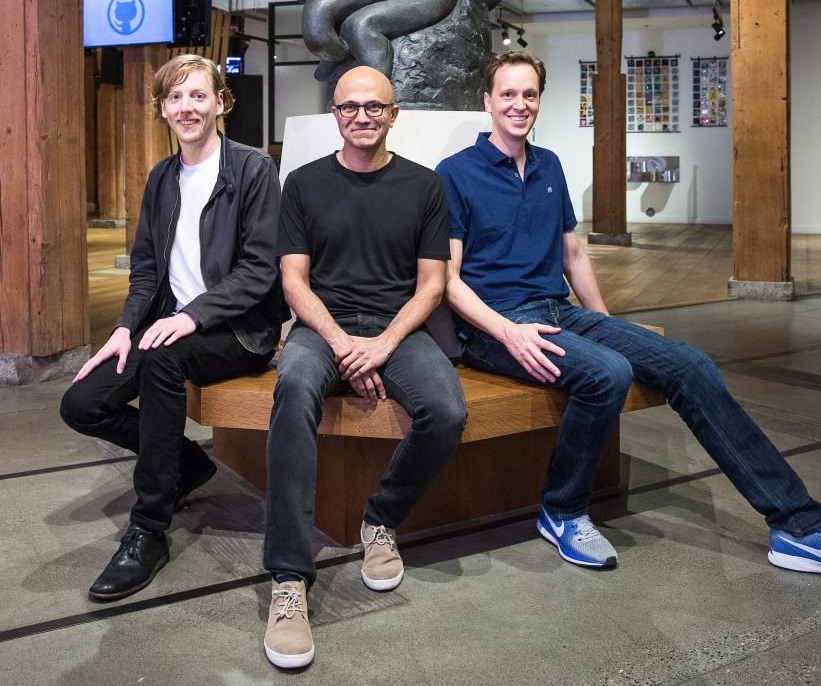 Upon the closure of this deal, Microsoft plans to report GitHub's financials as part of their Intelligent Cloud business segment. Some developers are already voicing their concerns with the agreement, with some developers already moving their repositories over to competing services like GitLab, claiming that Microsoft acquisition track record has been far from positive, citing Skype and Nokia's phone business as examples.

There are reasons to see this move as positive for GitHub, especially given Microsoft's recent push for open source technologies, having already opened up their PowerShell utility, Visual Studio Code and Edge's JavaScript Engine. Microsoft now has an opportunity to prove the company has turned over a new leaf, though it is clear that Microsoft has a lot of work to do to earn back developer trust.

You can join the discussion on Microsoft's planned acquisition of GitHub on the OC3D Forums.

wozza365
Guess I'll be moving my stuff over to GitLab then.Quote

NeverBackDown
As long as they don't start changing what GitHub is and keeping it as is should be fine. Seeing as MS is going more and more open source it should be a good sign.Quote

WYP
Quote:
Yeah, I wouldn't trust the old Microsoft with GitHub, though they seem to be moving in the right direction under their new CEO.Quote

Those original creators are set for life for creating a simple idea.Quote
Reply