Microsoft's reportedly building a Disk-less version of the Xbox One

This model could be up to $100 cheaper

Microsoft's reportedly building a Disk-less version of the Xbox One

It is easy to see how Microsoft can develop a slimmer Xbox One S, especially given the fact that their more powerful Xbox One X console is smaller, though their disk-less variant marks a major departure for the console manufacturer, a sign that the console market is moving towards a digital-only future.

Thurrott has cited sources close to Microsoft which state that this new disk-less Xbox One console could ship with a price tag that is up to $100 less than the standard Xbox One S model, making the new Xbox One console $200 or lower. This cost reduction is mostly achieved through the console's lack of a 4K Blu-ray disk drive, a feature that most Xbox One S users do not use, as well as potential cost savings elsewhere on the product thanks to both space and power savings that are derived from the disk drive's removal.

With the launch of Microsoft's Xbox Game Pass system, Xbox owners can gain access to a vast library of gaming content for a low monthly cost, with the subscription also granting access to first-party Xbox One releases at no additional cost. 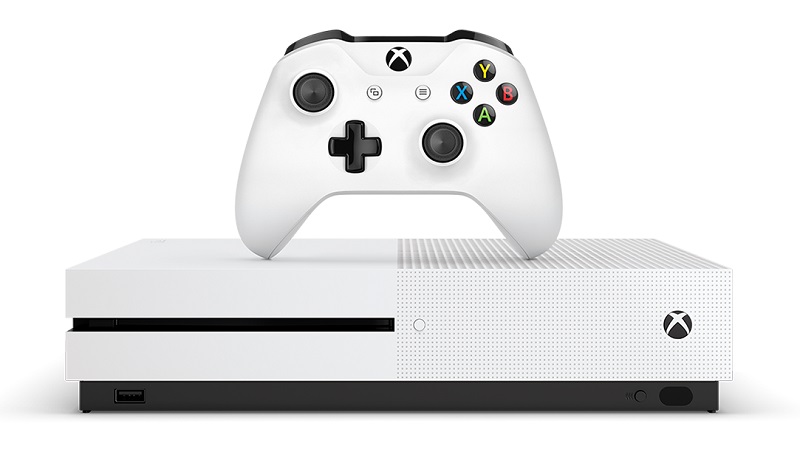 In other news, Microsoft has confirmed that they will be present at E3 2019, giving the Xbox platform center stage given Sony's absence from the expo.

You can join the discussion on Microsoft's planned diskless Xbox One console on the OC3D Forums.

jimma47
4K bluray player is about the only feature I use on mine! Still one of the cheapest in the market.Quote

tgrech
With game pass and sites like G2A you can get finally get most consoles games a lot cheaper in digital form compared to physical(As it should have been from the start)- and you can often get keys that work on both PC & Xbox. Some of the best selling modern AAA games don't even get disk releases(PUBG, Fortnite, Minecraft ect's physical copies all amount to key codes in a box). Meanwhile ODDs are still one of the heaviest, noisiest & mechanically complex(IE Likely to fail) parts in the system, while taking up a significant chunk of the area in modern systems. To be honest, I wouldn't be at all surprised if next gen Microsoft relegated the disk drive to an optional external add-on.

(I've personally only ever known of one person who owned any Blu Rays and he owned a grand total of 4; Which were then pretty much immediately ripped onto a HDD and encoded in H265)Quote

tgrech
The lack of game reselling and the requirement for DRM are both side effects of discless gaming yes. Is that a bad thing? Only if digital copies are sold at equivalent to pricing as physical.

Generally, you can save far more money by buying digital now than you can get back from trading in or sharing physical copies. You couldn't when the Xbone first launched which is why there was a backlash. You can on Steam which is why no one ever cared, and you often can now on Xbone & PS4, which is a significant portion of modern owners have a digital-only library by choice anyway.

To be honest, I always felt the backlash against the Xbone's original DRM system was not just out of proportion but purely emotional and completely lacking in any logic. For all intents and purposes, the original proposed DRM system(With its disc-less game sharing and the like) would have given us much more freedom and ability to share our digital content than we currently have on PS4 or Xbone. In many ways I feel MS's abandoning of their original DRM system for the screeching minorities of "hardcore" console gamers represented an overwhelming step backwards for the industry & the way most people actually went on to use their consoles, and it was always inevitably going to be the system we'd adopt down the line sooner or later.

But of course, the difference here is that people now have a choice. If you want the old-style way of buying games you can still buy a disk'd Xbox and do what you want with the physical game copy. If you'd rather pay a fraction of the price and have a copy that can't get lost, damaged, worn & doesn't need physical disk swapping and the like you can do that too.

I DONT think diskless should dissapear, because we still live in a world where people have 1MBPS DSL internet connections. But I'm sure for many with 20MPS+ connections going up to cheap and prevalent 200MBPS+ connections throughout much of mainland Europe, the idea of waiting a day or two for a disk to get shipped or even hours to make the journey for the store has very little appeal when you can now often download the whole game while you make your tea (Although here in Britain our relatively strong postal service & short journey times compared to our scandalous privatised broadband infrastructure still makes the former a much more likely option for many, but for how long?).Quote

Dicehunter
Well they aren't stopping the production and sale of disc drive equipped consoles but this does lower the price of the units making it even more accessible to a broader audience, Clever move.Quote
Reply