Need Chromium with less Google? Edge might be the answer

Earlier this year, Microsoft announced that it was creating a new version of its Edge browser, this time building it using Chromium, hoping to offer better support for a broader range of websites, extensions, OS' and features.

Now, Microsoft's Chromium-based Edge browser has entered Beta, marking one of the browser's final steps before becoming an official/finished product. Right now, the browser is available to download on Windows 7, 8, 8.1 and 10 as well as macOS.

The reasoning behind Microsoft's move to Chromium is twofold. Firstly, Microsoft is wasting a lot of time and money maintaining its existing Edge browser. Moving to Chromium simplifies things, as it means that Microsoft can rely on the Chromium community for much of this effort. Beyond that, moving to Chromium will also make it easier for developers to create extensions for their new browser.

The second reason is that Microsoft wants to enable ARM64 support, which will allow its Edge browser to be used with a wider range of devices, including mobile phones and ARM-based Windows notebooks.

With Edge's Beta release, the browser will support 14 languages and three levels of privacy, Basic, Balanced and Strict, which are designed to prevent website-based tracking. New features will be added to Microsoft's Edge browser beta in the coming months. 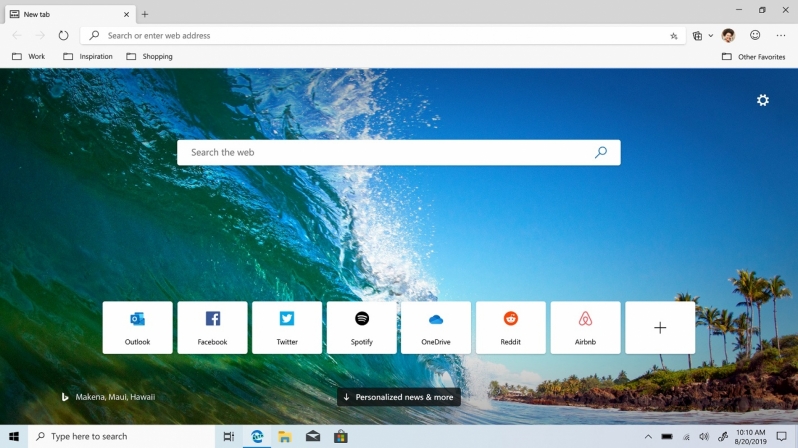 You can join the discussion on Microsoft's Chromium Edge browser entering beta on the OC3D Forums.

NeverBackDown
Or just download Chromium and avoid both companies.

Used this MS a while ago. It was forced to use bing as the search engine. Awful... couldn't change it either.

Chromium is far superior my guy. Especially for Web Development using Chromium-based browsers is just easier. Better Dev tools and fantastic extensions to help with frameworks/libraries like React/Redux. That's why I stick to Chromium stuff.
For personal non development web use, I tried both. Like REALLY tried. Chrome was always faster and easier to use, plus used roughly the same amount of memory.

Although if you ever want the Chrome experience without using Chrome itself, either Brave or Chromium are great browsers. Love both. Or use Edge as it was good outside a few issues, but best bet to aviod any big tech company is either the Brave or Open Source Chromium

Dawelio
Quote:
Well considering I don't use any of that myself, it's not really valid to me personally. After doing extensive research on browsers etc, Firefox came out as the winner when it comes to privacy. Brave is a also a good option, although personally didn't quite fit my cup of tea unfortunately.Quote

Daiyus
Quote:
I tend to use Firefox for similar reasons, however I do have one other concern:

I don't want Chromium to get to the point where Google can effectively "control" how the internet works with regards to standards. Chromium might be open source (and a great product), but it's still directed by Google, and thus anything that goes into it is still for the benefit of Google. The more browsers that are built on Chromium, and the more people use Chromium based browsers, the more power we give to Google to undermine non-Chromium browsers.

Now I admit that it's a pretty paranoid thought process, but the less we rely on Google, Microsoft, etc, the better in my opinion. I'm not saying boycott them and go completely FOSS (although it's a lovely utopian dream), but I can't help but be worried about how many people trust these companies with so many important aspects of their lives.Quote
Reply