That's a growth of over 5 million since April

Game Pass is a critical part of Microsoft's next-generation strategy, which aims to offer gamers more value on Xbox platforms by providing much more than their competition.

With Microsoft offering its users the cheapest next-generation console with Xbox Series S and the best value gaming package with Xbox Game Pass, things are looking great for Xbox as we enter this new console generation.

Microsoft's acquisition of Bethesda will further cement the value of their Game Pass service, adding franchises like Fallout, The Elder Scrolls, and DOOM into the package. Future Bethesda releases, such as The Elder Scrolls VI and Starfield, will be available on Game Pass at launch. 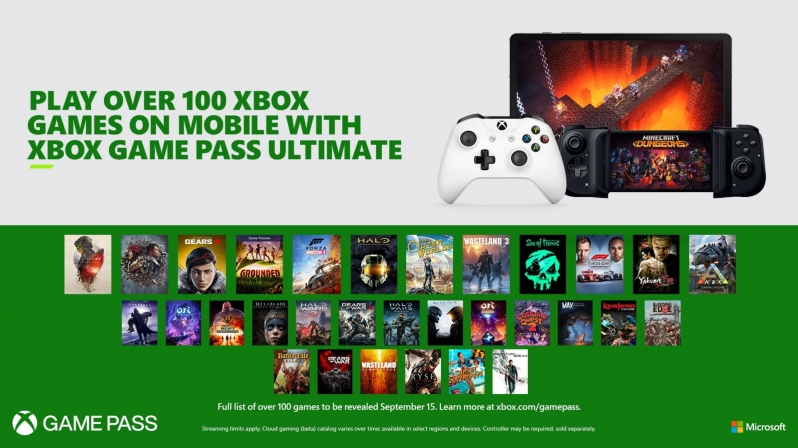 If there is one thing that Microsoft's offering with their next-generation systems, it's value. Only time will tell if this will be enough to counteract Sony's PlayStation 5 system and its wealth of AAA IP and exclusive titles.

You can join the discussion on Microsoft's Game Pass service reaching over 15 million subscribers on the OC3D Forums.

YOUDIEMOFO
Saweeeeeeeet!! This service is simply bad ass!! It's nice to be able to try so many games all the time.

Always changing them out and you never known what deal you might run into...Quote

Daiyus
At this rate I can see the concept of buying individual games completely dying, with the only way to access new titles to be subscribing to the correct service.

I can't support these services as I switch around my games a lot, which would mean multiple subscriptions, which would wind up more expensive than my current strategy of buying what I want to play at a price I'm willing to pay.

It's the same reason I dislike movie/TV streaming. It's now so disjointed that if I were to go for that route I'd be swapping my subscription every month to watch what I wanted, or paying through the nose for various subscriptions to access everything I want.Quote

Warchild
Well yes, but I feel that streaming services has killed piracy, or at least ruined it.

Before streaming, everyone would download their games and movies. Nowadays you can have them anyway without worrying about.exe cracks or disabled multiplayer etc etc. Its just so convenient.

Big titles benefit from services but I think the small indie games might suffer. Those who need to full revenue.Quote

tgrech
My friends at Bytten Studio says Game Pass ends up being great for them indie devs, apparently they get far more money from a game being on there than they'd often get for a game at all, apparently always well beyond the equivalent they'd get in sales, Microsoft really splashing the cash to keep the indies around.Quote
Reply