AI has the power to revolutionise gaming, and DirectML is how Microsoft plans to exploit it

We've spoken about Microsoft's DirectML before at OC3D, but as a whole, DirectML has received little attention from the media. DirectML isn't a confirmed feature of Microsoft's next-generation console, but the timing of DirectML's development suggests that hardware support is planned for the Xbox Series X.

As many of you know, Microsoft revealed its DXR API in 2018, bringing the world's attention to realtime raytracing. At that time, most people dismissed DirectX Raytracing (DXR) as a feature which won't be ready for the release of Microsoft's next-generation console. Now, DXR support has been confirmed for Microsoft's Xbox Series X, and AMD has confirmed that new Radeon hardware will support hardware-accelerated DXR raytracing in 2020, making DXR a reality for next-generation games.

Microsoft revealed DirectML at the same time as DXR, but DirectML didn't receive much attention. Companies are expected to talk about AI these days, and at the time, it was hard to judge the potential of AI within the gaming market. Raytracing has obvious benefits, but AI does not. Enter Nvidia and its Tensor cores.

Nvidia's DLSS (Deep Learning Super Sampling) technology is the first attempt from a major GPU manufacturer to leverage the power of AI to improve the PC gaming experience. Nvidia uses DLSS to upscale rendered images to higher resolutions, allowing games to run better at higher resolutions by upscaling a lower resolution image. A game could be rendered at 1440p and upscaled to 4K to deliver incredible performance increases to gamers, making higher resolution gaming a lot more accessible (when playing supported titles). While the feature has its downsides (degraded image quality), new implementations of DLSS are difficult to distinguish from native resolution renderings, revealing the potential that AI has within the PC market. 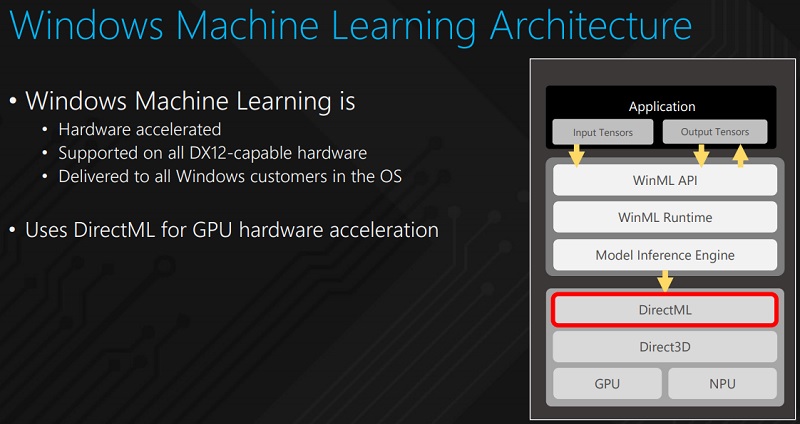 DirectML - The API that could bring DLSS-like features to everyone

While DirectML hasn't been confirmed as a next-generation console feature, you can be sure that Microsoft has been considering the option heavily. Work on DirectML has been happening, at least publically, for as long as DXR has, making it likely that AMD is working on hardware DirectML support for its next-generation graphics cards.

This technique has also been showcased during one of Microsoft's SIGGRAPH 2018 tech talks. This talk, which is entitled "Deep Learning for Real-Time Rendering: Accelerating GPU Inferencing with DirectML and DirectX 12" showcases Nvidia hardware upscaling Playground Games' Forza Horizon 3 from 1080p to 4K using DirectML in real-time. DirectML has the potential to improve the graphical fidelity of future console and PC games. 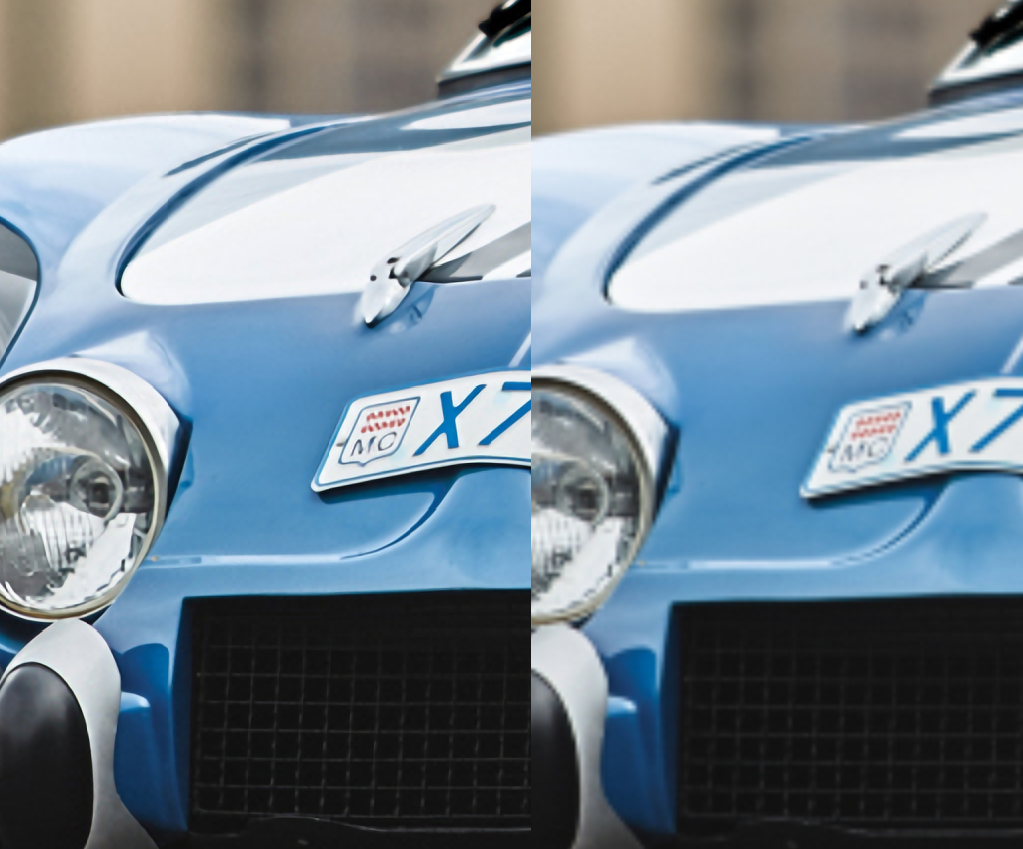 DirectML will be a big deal for next-generation graphics

Microsoft sees two ways to push the gaming market forward, utilising both Machine Learning and Ray Tracing technologies to enhance computer-generated graphics to levels that have never been seen before. DirectX Raytracing has arrived on Windows 10 as part of Microsoft's October 2018 update, and DirectML support came later with Windows 10's 2019 OS updates.

While DirectML hasn't received as much attention as DirectX raytracing, you can be sure that developers are looking at the new API closely. As screen manufacturers are starting to push beyond 4K, AI upscaling technologies like Nvidia's DLSS will continue to increase in popularity. 4K gaming is already a challenge, and 8K is going to prove to be even more problematic for game makers and hardware vendors. Technologies like DirectML will become vital for future games and consoles; the question now is whether or not this tech will be supported on next-generation consoles.

You can join the discussion on Microsoft's DirectML API on the OC3D Forums.

NeverBackDown
Depending on how long games have been in development for next gen consoles, this feature probably won't be as popular for at least the first year of consoles coming out. Might not be worth the added development time when they are just porting games from multiple platforms in the beginning. First-party games though will for sure have this capability, one could only assume.Quote

AlienALX
Well you can expect pc games to suck until these consoles are released and the dev cycle matures.Quote

NeverBackDown
Why do you think PC games specifically will suck?Quote

AlienALX
Quote:
They always do dude.

EOL of the 360 pc games were awful. Specifically dx11 which took about three years to become mainstream (one Dev cycle) and when the One and PS4 came out pc gaming stood still for ages. To the point where the 1x and PS4 pro are better than a pc costing much more.

That gap will only widen when the new consoles come along. Like, even if the x1sx or whatever it's called is 500 or 600 it will batter a pc costing twice that much now.

I still believe consoles are the priority. There's only one pc and far more consoles. Like more as in platforms. And they want to appeal to all so consoles are more in numbers.

Plus they get exclusives. Something that hasn't happened on pc for years.

It's only now as the next gen consoles are being ramped up that pc graphics are starting to improve. For the first time in years.

All of the progress has been made on consoles, something I never knew until I bought the PS4 and one. I was like holy crap, this is seriously impressive. Making me wonder why pc graphics weren't far ahead like in the days of the 360.

The gap is closing man.Quote

KingNosser
I can agree that consoles do there job well and are good value, but cyberpunk 2077 will look a whole lot better on PC I feel and end of day they are more than just gaming, but even something like final fantasy vii remake will look better on PC personally I don't mind waiting for a good port with better visuals.

As for the xbox it wont matter how powerful it is Sony will do far better just look back across the generations at total sales.Quote
Reply