Microsoft has confirmed that they have ported their DirectX 12 runtime to Windows 7, enabling developers to utilise the company's low-level API on their legacy operating system.

Moving forward, Microsoft hopes to help more game developers port their DirectX 12 games to Windows 7, stating that they are "currently working with a few other game developers". Microsoft has also stated that Windows 10 also offers several "critical OS improvements" that allow the OS to make better use of the low-level API, which will allow DirectX 12 games to run best on the newer OS.

Blizzard added DirectX 12 support for their award-winning World of Warcraft game on Windows 10 in late 2018. This release received a warm welcome from gamers: thanks to DirectX 12 features such as multi-threading, WoW gamers experienced substantial framerate improvement. After seeing such performance wins for their gamers running DirectX 12 on Windows 10, Blizzard wanted to bring wins to their gamers who remain on Windows 7, where DirectX 12 was not available.

At Microsoft, we make every effort to respond to customer feedback, so when we received this feedback from Blizzard and other developers, we decided to act on it. Microsoft is pleased to announce that we have ported the user mode D3D12 runtime to Windows 7. This unblocks developers who want to take full advantage of the latest improvements in D3D12 while still supporting customers on older operating systems.

Today, with game patch 8.1.5 for World of Warcraft: Battle for Azeroth, Blizzard becomes the first game developer to use DirectX 12 for Windows 7! Now, Windows 7 WoW gamers can run the game using DirectX 12 and enjoy a framerate boost, though the best DirectX 12 performance will always be on Windows 10, since Windows 10 contains a number of OS optimizations designed to make DirectX 12 run even faster. 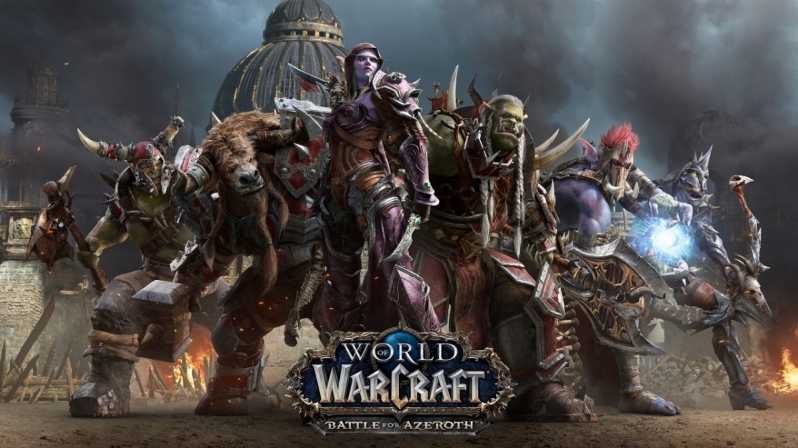 You can join the discussion on Microsoft adding DirectX 12 support to Windows 7 on the OC3D Forums.

WYP
Quote:
My two cents on this is that MS wants devs to go all in on DX12. Now, Windows 7 can be supported in DX12 games without a DirectX 11 or Vulkan fallback layer.Quote

AlienALX
Pretty cool. Only issue is I converted all my 7 serials into 10 serials lol. Might have a rummage and see if I can find my old tool. Would certainly be nice to have an OS that fits easily onto a 60gb SSD.Quote

tgrech
Yeah I guess the Chinese market has a lot to do with it.
Windows 7 install sizes are larger than Windows 10 ones nowadays though, they slimmed down a lot of the legacy stuff like all the duplicate WinSxS dll's & added some more compression where it wouldn't impact performance.
https://cdn.arstechnica.net/wp-conte...chartz.001.png
I've used Windows 10 on devices with 32GB eMMC without too much issue, you just need a pen drive ready for updates and an SD card for media. On my current PC with the latest update the Window's folder is less than 15GB thanks to the 7GB saved from compression.
https://i.gyazo.com/b96022be442c5eab...ffe86618bc.pngQuote
Reply