Microsoft's FY2019 Q1 Financial report has showcased some strong growth for the company, especially within the company's gaming segment. This Quarter, Xbox Software and Services revenue has increased by 36%, with total gaming revenues jumping by 44%, confirming that Microsoft is having no trouble making money in this console generation, despite seemingly overwhelming competition from Sony.

Xbox' Game Pass system has been a resounding success, with the company' £7.99/$9.99 Netflix-like gaming service proving to be popular for both console and PC gamers, despite the game's relative lack of PC-centric offerings.

Microsoft CEO, Satya Nadella, announced plans to expand the offerings of Xbox Game Pass on the PC platform, with today's Game Pass offering PC gamers access to Xbox Play Anywhere titles and little else. While this will give PC users access to games like Gears of War 4, Forza Horizon 4 and State of Decay, it offers nothing outside of Microsoft in-house game developments, giving PC gamers a lot less value than Xbox users.

For PC gamers, the Xbox Game Pass gives PC gamers the opportunity to play newly released Microsoft games for £7.99 per month in the UK.  This service is great for those who want to blitz the campaign of the latest Gears of War or spend a few weekends racing in Forza without paying each game's full asking price, but offers little regarding lasting value given the services limited game library. It appears as if Microsoft plans to change that. 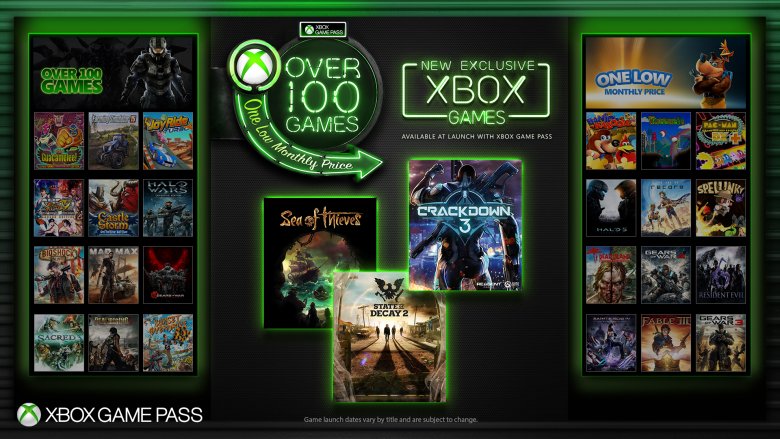 At this time it is unknown what Microsoft plans are to make Game Pass more enticing to PC gamers, as expanding its game library alone won't address the lingering issue that is the usability of the Microsoft/Windows 10 Storefront, which is largely inferior to competitors like Steam, Origin and GOG.

You can join the discussion on Microsoft's plans expand their Xbox Game Pass service on PC on the OC3D Forums.

Dicehunter
At the moment Microsoft only really has the MS exclusives like Forza, Gears of War and Sea of Thieves on their store and those IMHO are not enough to warrant a monthly membership.


Now if they brought out the Halo MCC, Reach + Guardians, Then I'd happily give them my money.Quote

BigDaddyKong
Agreed. This could be exciting, and would get my money.Quote
Reply