Microsoft may be working on Windows Lite for Chromebook-like devices

A lightweight version of Windows 10? Where do I sign up?

Microsoft may be working on Windows Lite for Chromebook-like devices

Rumour has it that Microsoft is preparing a new version of Windows 10, one which will cut away much of the flab that the OS has accumulated over the years to offer a barebones, Chromebook0like experience that is built for basic notebooks and dual-screen devices.

"Window Lite", as The Verge calls it, is designed to help OEMs push a new product category, both in the form of Chromebook-like systems and future dual-screen devices, which offer a book-like form factor and a lot of multi-tasking potential.

It appears as if Windows Lite will use "Composite Shell", a modular version of the Windows Shell, as well as part of Microsoft's new Core OS, which is used to power the HoloLens 2.

In effect, the Windows Lite OS will cut away a lot of features from Windows 10, including much of the backwards compatibility functions that allows Windows 10 to operate with many older applications. It is claimed that the new OS will only support UWP applications initially, limiting software to the Windows 10 Store, though wider levels of software support may be coming. 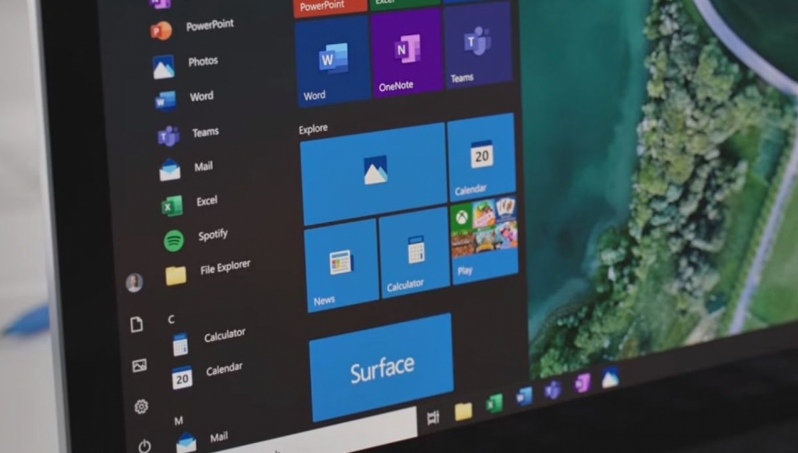 Over the past number of years, Chromebooks have grown in popularity amongst students and within the education sector, with their simplicity and low pricing making them invaluable in that particular market. Microsoft has attempted to move in on that territory with their restricted Windows 10 S OS, though it was not a large enough step to sway much, if any, interest away from Chrome OS.

You can join the discussion on Microsoft's rumoured Windows Lite OS on the OC3D Forums.

NeverBackDown
As long as it supports DX11 games I'd be interested in switching. I never download apps from Windows store. Always get my stuff from the manufacturer of whatever it is, so if I'm still allowed to do that no reason to not have a lightweight OS.Quote

tgrech
Windows Core OS based software isn't really something end users can be using, it's more a framework than an OS, and has to be custom built for the hardware from source. If you've got experience building up ArchLinux or Gentoo distro's or similar then that's the kind of idea,(IE it's a massive b*llache process that will likely take between hours and days depending on your hardware + experience), but of course the tools for this are meant for OEMs and as yet there's no indication there will be any user orientated tools for modifying/building WinCoreOS, and even then they'd probably be kinda messy.

Oh, and it also intentionally breaks support with past Windows versions in many aspects (Windows 10's support for legacy software is essentially 90% of the bloat as has been the case with more or less every Windows so far in a way) so things like DX11(Or at least pre-UWP APIs like DX9, which a lot of modern games still use) are a no-go permanently we can assume.

I think the intention is that WinCoreOS will eventually become their main consumer platform, since it's far more modular, cross-platform & gets rid of all the legacy mess stuff of the Windows NT based OS' we've been using for the last few decades, but obviously with business markets & gamers and stuff Windows NT is unlikely to go anywhere anytime soon.Quote

looz
Fittingly, Chrome OS is based on Gentoo.Quote

Always remember watching my boot times change from 1min to 15seconds. And since they only stripped features, they were authorised to do so by Microsoft provided that no profit was gained, and a legit windows key was still required.

I even remember watching Crysis on my gpu almost playable on max settings after my "windows xp black edition" change.

tgrech
I really reccomend using NTlite (https://www.ntlite.com/) if you want stripped versions of Windows NT, you can just take the official disc images for the latest builds from Microsoft & import them, then untick all the features, apps, drivers, legacy components, software, languages ect you don't want & pre-install drivers or pre-change settings and stuff, then you can either compress the installation files so they fit on a 4GB pen drive (If you remove the upgrade from inside Windows .exe's and stuff any install should fit when compressed) or leave them fully uncompressed so they install quicker on lighter CPUs. This way you can make sure you're not stripping out components you might need, while also stripping out lots of support stuff you definitely don't need.Quote
Reply