Microsoft is bolstering their ranks with some RPG talent

Microsoft has officially announced that they have acquired both Obsidian Entertainment and inXile Entertainment, bringing both developers under the Microsoft Games Studios banner, making the group 13 developers strong.

The reasoning behind this decision was clear, Microsoft wants to bolster their Xbox platform with a larger number of high-quality exclusive games, and both Obsidian and inXile desire the financial security to realise their creative ambitions, without the need to jump from publisher to publisher.

Both developers will continue to operate autonomously, giving both developers the creative freedom to invest in their existing IP as well as new RPG projects.

Obsidian Entertainment is perhaps best known for their work on titles such as Star Wars: Knights of the Old Republic II: The Sith Lords, Fallout: New Vegas and South Park: The Stick of Truth, with their most recent games being part of the developer's Pillars of Eternity series. inXile Entertainment is also well known for their RPG games, having worked on the Wasteland series, Bard's Tale IV and Torment: Tides of Numernera.

Microsoft hopes to lure more people onto the Xbox platform with new RPGs from both studios, though it is worth noting that all Microsoft Games Studio titles will release on both PC and Xbox One, though at this point it is probable that both developers will also be working on games for Microsoft's next-generation gaming platforms.

It was important for us to find studio partners who have strong creative visions, a mastery of their medium and are expert world-builders. Obsidian and inXile embody all of these qualities while also bringing expertise on the PC platform and a unique RPG focus to the table.

While they do share a common heritage, the two creative teams at Obsidian and inXile are very different. They will continue to operate autonomously with their unique talents, IP and expertise. As part of Microsoft Studios, Obsidian and inXile will have the support and freedom to fully realize their creative ambitions on both existing franchises and new RPG projects.

Together, the two new studios bolster Microsoft Studios to now include 13 distinct and diverse game development teams. We’re focused on implementing new Microsoft technologies, delivering content for new platforms and services like Xbox Game Pass, and creating exclusive games that turn players into loyal Xbox fans. We are committed to expanding the Microsoft Studios franchises players already love, and investing in new, exclusive content for every type of gamer.

It is a genuine pleasure to welcome Obsidian and inXile to the growing Microsoft Studios team and work with them to deliver bigger and more ambitious games for their fans. I’m excited to see the teams maximize their potential at Microsoft and can’t wait for what the future has in store. 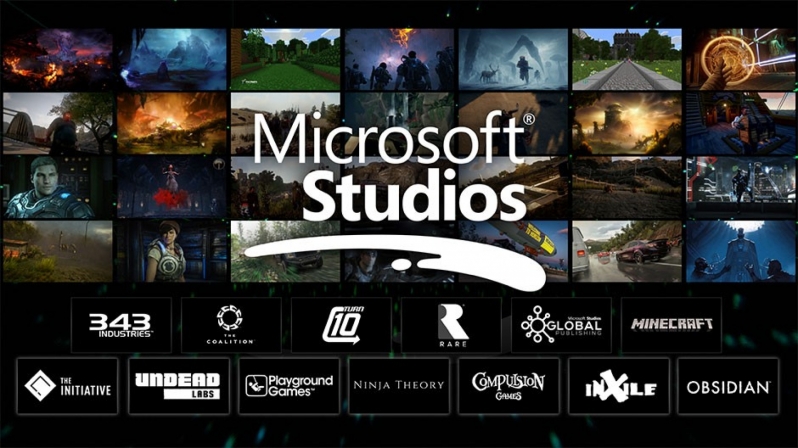 You can join the discussion on Microsoft's acquisition on Obsidian Entertainment and inXile on the OC3D Forums.

NeverBackDown
I assume they will now use MS Azure servers too for there games. Seeing as MS owns them they should be able to have pretty strong servers and not have to worry to much about cost. I think that is a big benefit if they make another MMO Star Wars game.Quote

tolagarf
Quote:
I think you're confusing Obsidian with Bioware, as Obsidian never made a SW MMO. Or you just meant Knights of The Old Republic: The Sith Lords which they did makeQuote

NeverBackDown
I thought it was a MMO. Guess not then. Oh well whatever they do if it has multiplayer then they'll be set