Expect the game to be less CPU-limited

Patch 1.8.3.0 for Microsoft Flight Simulator landed last week, and it delivers some major optimisations to the title. With this update, Flight Sim players should expect increased performance levels within the title, especially during the game's most CPU-limited gameplay scenarios.

Below is what's listed within Microsoft's patch notes, which detail changes to the game which will impact both CPU and GPU limited areas of the game. Most of these optimisations are CPU-focused, which makes sense given the CPU-limited nature of this title.

Within our test scene for Microsoft Flight Simulator, we noted that our test system, which uses an Nvidia RTX 2080 Ti and an AMD Ryzen 9 3950X, saw its average framerates increase from 79.5 FPS to 88.6 FPS at 1080p. The game's 1st Percentile framerates also increase from 71.3 FPS to 74.6 FPS. Higher gains could be possible within "heavy airport scenes" and other demanding areas.

As a whole, Microsoft Flight Simulator is running much better than before in CPU-limited areas, which is excellent news for practically all owners of the game. With future patches, further performance optimisations are expected. 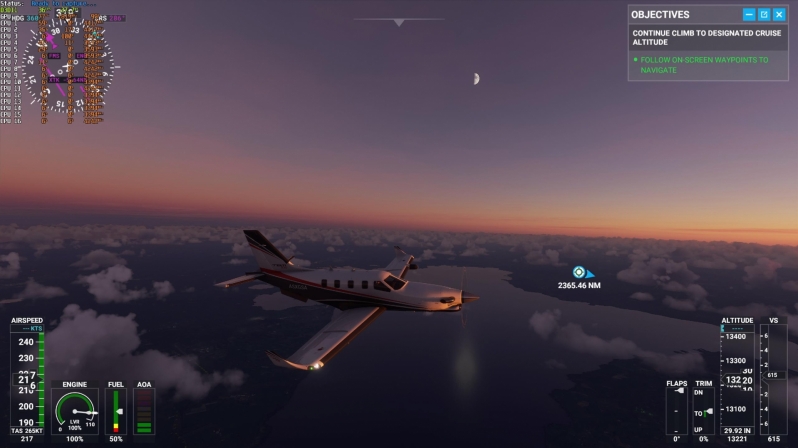 You can join the discussion on Microsoft Flight Simulator's performance-boosting patch on the OC3D Forums.