Both FSR and DLSS are coming to Microsoft Flight Simulator

As part of the company's latest Microsoft Flight Simulator Q&A session, Asobo has confirmed that they are now working with AMD to implement FidelityFX Super Resolution 2.0 (FSR 2.0) into their game. This runs parallel with Asobo's efforts to add Nvidia DLSS (Deep Learning Super Sampling) support to their game, which we confirmed in January (more information here).

Both FidelityFX Super Resolution and Deep Learning Super Sampling are resolution upscaling technologies, both of which aim to deliver high fidelity visual outputs using lower resolution inputs. Both act as a form of optimised anti-aliasing and use temporal information to deliver image quality levels that are similar to, and sometimes better than, natively rendered images. However, the largest benefit of these temporal upscaling technologies is that they can deliver huge performance increases within demanding games.

Microsoft Flight Simulator is an incredibly demanding game on PC, especially if gamers attempt to target high resolutions like 4K. FSR 2.0 and DLSS support will allow gamers to target higher resolutions with lower-end hardware with minimal losses to image quality or achieve higher framerates at your current resolution. Either way, both technologies can deliver a performance or image quality boost to gamers.

AMD's FSR 2.0 technology is designed to offer gamers and developers higher levels of image quality. FSR 2.0 is a temporal upscaler, which means that it uses data from previous rendered frames and motion vectors to apply older image data to newly rendered frames. This technique gives FSR 2.0 access to more image date, and AMD's algorithms can use this date to upscale an image to a higher resolution and achieve higher quality upscales than FSR 1.0.

While FSR 2.0 is harder to implement into games, the image quality results offered by FSR 2.0 make these efforts worthwhile. With FSR 2.0, AMD promises "similar or better than native image quality", which is a big claim to make. This is great news for Microsoft Flight Simulator players. 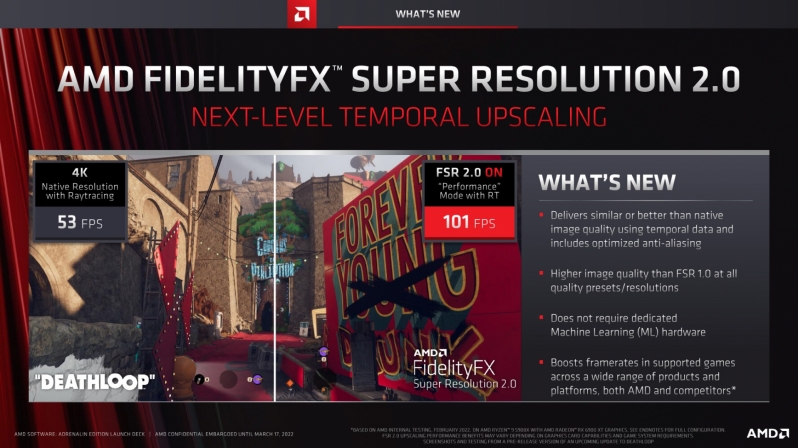 Asobo has confirmed that DLSS 2.0 support is due to be added to Microsoft Flight Simulator with Sim Update 10. Currently, Asobo are working to address Artifacting issues that they are facing with Nvidia's DLSS technology, specifically citing water surfaces and animated textures as problem areas. Asobo are currently working with Nvidia to address these issues.

You can join the discussion on Asobo's plans to support DLSS and FSR 2.0 in Microsoft Flight Simulator on the OC3D Forums.

KingNosser
It's good cause the fps don't go that high in that game tbh saying that my first flight was taking so long as i didn't realise the time needed, so i crashed the plane and was done with the game just not my thing but the tech behind it is good until you reach ground level then you might as well be playing minecraft