The sun is setting on Windows 10

Microsoft has been teasing Windows 11 for weeks now. While many fans of Windows 10 love to remind us that Windows 10 was designed to be the "last Windows", it is also worth remembering how much the PC hardware/software ecosystem has changed since Windows 10 launched in 2015.

On their product lifecycle webpage, Microsoft has confirmed that Windows 10 Home, Pro, Pro Education and Pro for Workstations will be retired on October 14th 2025. This confirms that Microsoft has something new in the works, as why would Microsoft retire something that doesn't have a replacement?

Windows 10 will be retired; this fact is now undeniable. Windows 11 is coming, a fact that will be shocking to anyone who believed Microsoft when they said that Windows 10 would be "the last Windows".

Hardware changes and Software changes, and that means that OS' must change. We have seen that with Android, iOS, macOS and prior versions of Windows. While Microsoft intended to update and reforge Windows 10 over time, it has become clear that more drastic changes are needed and that it is feasible for Microsoft to maintain its Windows 10 brand forever. Plans change, and Windows 10 will not be the last Windows.

If Microsoft continued to support Windows 10 indefinitely, they risk being left behind as other OS makers innovate. Windows 10 still has a dedicated 32-bit version and many legacy trappings that Microsoft would do good to axe, and if Microsoft wants to take ARM CPU support seriously, they need to make big changes to Windows. Windows 11 is a great opportunity for Microsoft to right a few wrongs with their current OS. 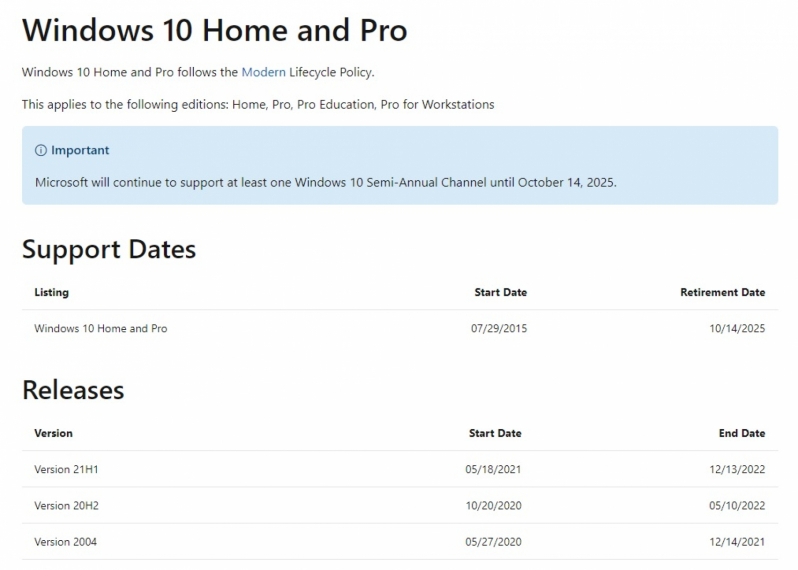 Recently, Microsoft released a video that played all Windows startup sounds from Windows 95 to Windows 7; all slowed down by 4,000%. This created a video that is 11 minutes long. Coincidence?

Microsoft has confirmed that they are planning to reveal "what's next for Windows" this month, on June 24th. So this is where we expect Microsoft to reveal Windows 11. While the Windows 11 name has not been confirmed, Microsoft's teasers all point towards that name.

You can join the discussion on Microsoft's plan to sunset Windows 10 on the OC3D Forums.

ImprovizoR
Maybe it is the last Windows. Maybe the next OS will be called something like "Fenestra" or "Oriel" or something.


Yes, I Googled the crap out of synonyms for windows just to write down these two impossible ideas.Quote

MacLeod
I'm actually kinda excited to see what Windows 11 is all about. I mean we can't buy GPU's or CPU's right now so at least this will give us something new to play with right now.Quote

NeverBackDown
I just hope they make massive improvements under the hood that allows for better security, privacy, and performance. Keep everything else the same for all I care. Rather have that then a prettier UIQuote