When will Xbox Series X release?

Microsoft has confirmed that its Xbox Series S console will release on November 10th, launching with a price tag of £249 in the UK and $299 in the US, pricing that's barely higher than today's Xbox One S systems.

While many will argue that Microsoft cannot produce a next-generation console for £249, it is easy to conclude that they can. Microsoft has confirmed that their new system will ship with a "custom 512GB SSD", support for DirectX Raytracing (DXR), Variable Rate Shading, Variable Refresh Rates, 1440p resolutions at up to 120 FPS. What we have here is an Xbox Series X that has lowered resolution targets.

The Xbox Series S is almost 60% smaller than Xbox Series X and will ship as an all-digital console, making the system a perfect pair for Microsoft's Xbox Game Pass service, which will grant subscribers access to hundreds of games at a low monthly cost.

Given the price of the Xbox Series S, it now makes sense that Microsoft has discontinued the manufacturing if their Xbox One X and Xbox One S All-Digital consoles, as the Xbox Series Shas replaced both models.

At this time, the full hardware specifications of the Xbox Series S are unknown, though they are likely to be announced sometime in the near future.

You can join the discussion on Xbox Series S releasing on November 10th on the OC3D Forums. 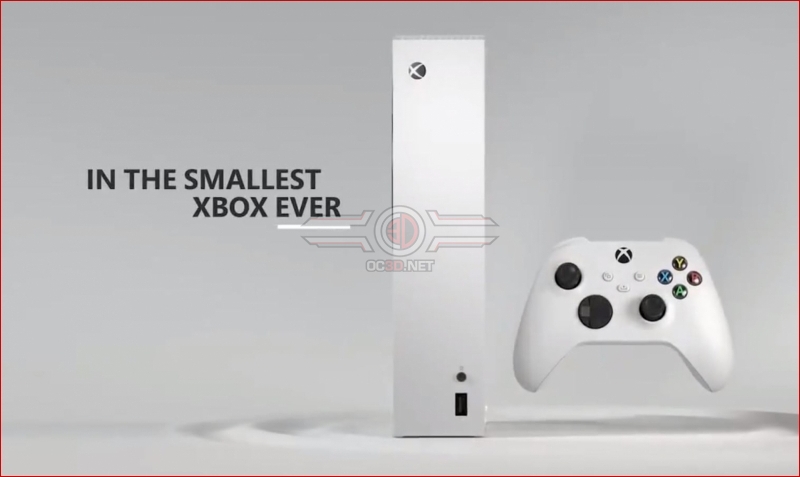 NeverBackDown
They are still waiting for Sony to announce their launch date and price for their Series X. This announcement was only to put pressure on Sony.Quote

hmmblah
Isn't the X launching the same day, November 10th, and at $499?Quote

AlienALX
IIRC there is no set price for the SeX yet. Just rumour.

NBD has it spot on. They are waiting for Sony so they can charge as much as they can.Quote

hmmblah
Other sites are reporting it as fact, but you're right. I can't find anything official from MS yet.

WYP
Quote:
A lot of places are reporting the rumours as facts. I have even seen the BBC report it. I am very disappointed.

There is no official word from Microsoft about Series X pricing or its release date. Even Brad Sams, the leaker of the Xbox Series S that forced its reveal, hadn't heard of the Series X's pricing or release date.Quote
Reply