Xbox Game Pass is getting a PC upgrade

In effect, Game Pass on PC was restricted to first-party Xbox titles, almost exclusively. Thankfully, this is about to change. Introducing "Xbox Game Pass for PC". Yeah... I'm guessing Microsoft wants PC gamers to forget about their existing Game Pass offering for the PC platform...

On June 9th, at Microsoft's E3 2019 press conference, Xbox plans to reveal more details surrounding their plans for PC, which includes Xbox Game Pass for PC. At launch, the new service will include 1st party Xbox titles, games from Bethesda, Deep Silver, Devolver Digital, Paradox Interactive, SEGA and more. This package will have no shortage of games, and Microsoft plans to add more games to the service every month.

Game Pass users will also receive a 20% discount on PC gamers within their Windows Store library and a 10% discount on their DLC content. 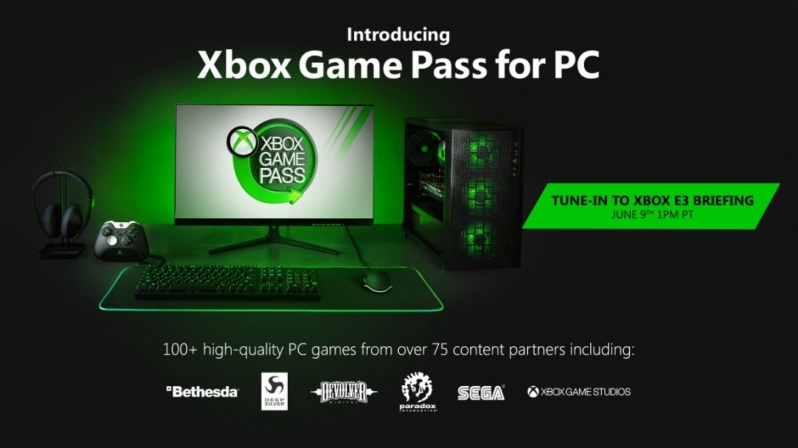 It is great to see Microsoft finally take Game Pass seriously on PC, as before now it merely acted as a cheap service for those who wanted monthly access to the company's first-party titles, such as the Forza, Sea of Thieves and Gears of War 4. Now, Game Pass on PC will likely become a service that is worth subscribing to over the long term.

You can join the discussion on Microsoft's Xbox Game Pass for PC service on the OC3D Forums.