Microsoft's backwards compatibility is a level beyond Sony's

One of the killer features of Microsoft's Xbox Series X and S consoles is backwards compatibility, a feature which allows users of these consoles to play all Xbox One titles (except Kinect exclusives) and selected titles from the company's Xbox and Xbox 360 libraries. Better still is the fact that many of these games will feature steadier/higher framerates, and graphical upgrades when compared to their original versions.

This framerate doubling function will only be available for selected titles on Xbox Series X and S, allowing some games to run at smoother framerates than ever before. Not all backwards compatible games will support this feature, though it will transform the games that do.

Below is a video of Fallout 4 running at 60 FPS on Xbox Series S.

In addition to framerate doubling, Microsoft has also created a method which allows Xbox users to enable HDR in all Xbox games, even those which weren't with HDR in mind. This technique will allow users of compatible televisions and monitors to experience richer colours and brighter highlights than what is available when using a game's default SDR presentation.

Auto HDR is a system-level feature which can add HDR support to games without any developer intervention. The images below showcase how auto HDR can improve the look of games without changing their overall look. This feature reportedly comes at no performance or latency cost, making it an excellent add-on for those who own HDR-compatible displays. 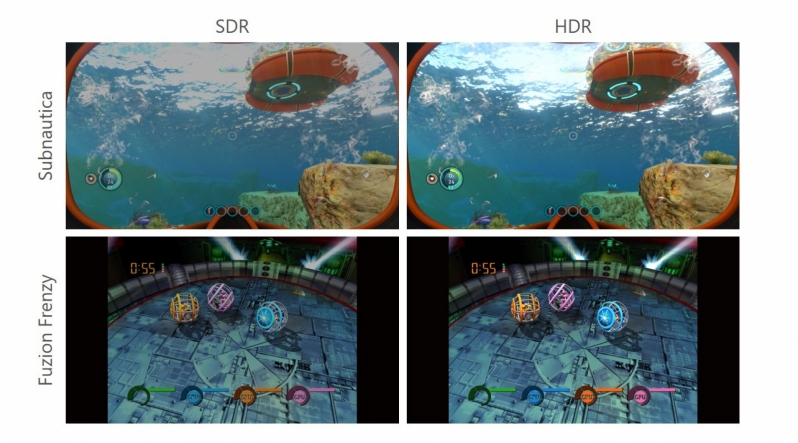 You can join the discussion on Microsoft's framerate doubling of selected backwards compatible titles on Xbox Series X/S on the OC3D Forums.